Just the other day I was thinking that it was too bad that I wasn’t going to have any Silver Dollar City Engagement sessions this year. You see, I photograph Silver Dollar City proposals every year. This year I had two scheduled but both have to cancel for different reasons.

Well, that was before Garrett got in touch with me! He said he knew it was last minute, but he was planning a Silver Dollar City proposal and was hoping that I was available. Fortunately, I was! I was so excited because although I have a Season Pass, I actually hadn’t been to Silver Dollar City all year.

Garrett and Celeste were visiting Branson just before Christmas and celebrating their daughter’s birthday. Garrett thought it would be the perfect time to propose, and he was right!

I’m often asked if the proposals that I photograph are true surprises. The answer is often, but not always. Sometimes they have an idea that it’s coming, but it’s lots of fun either way!

Well, I can tell you that Celeste had no idea! She was so surprised and it was so fun. I told them to face each other for a photo and she looked confused and said “what are we doing?”

I think she figured it out pretty quickly after that! This little family was such a joy to photograph. Little Naomi definitely keeps them on their toes, she is fast!! She would hold still just long enough for a quick photo here and there, which is all we needed!

I think she really enjoyed seeing the lights around Silver Dollar City. I would recommend that anyone go during Christmas if you have the opportunity.

Here are some of my favorite images from Garrett and Celeste’s Silver Dollar City proposal. If you hadn’t figured it out, she said yes! 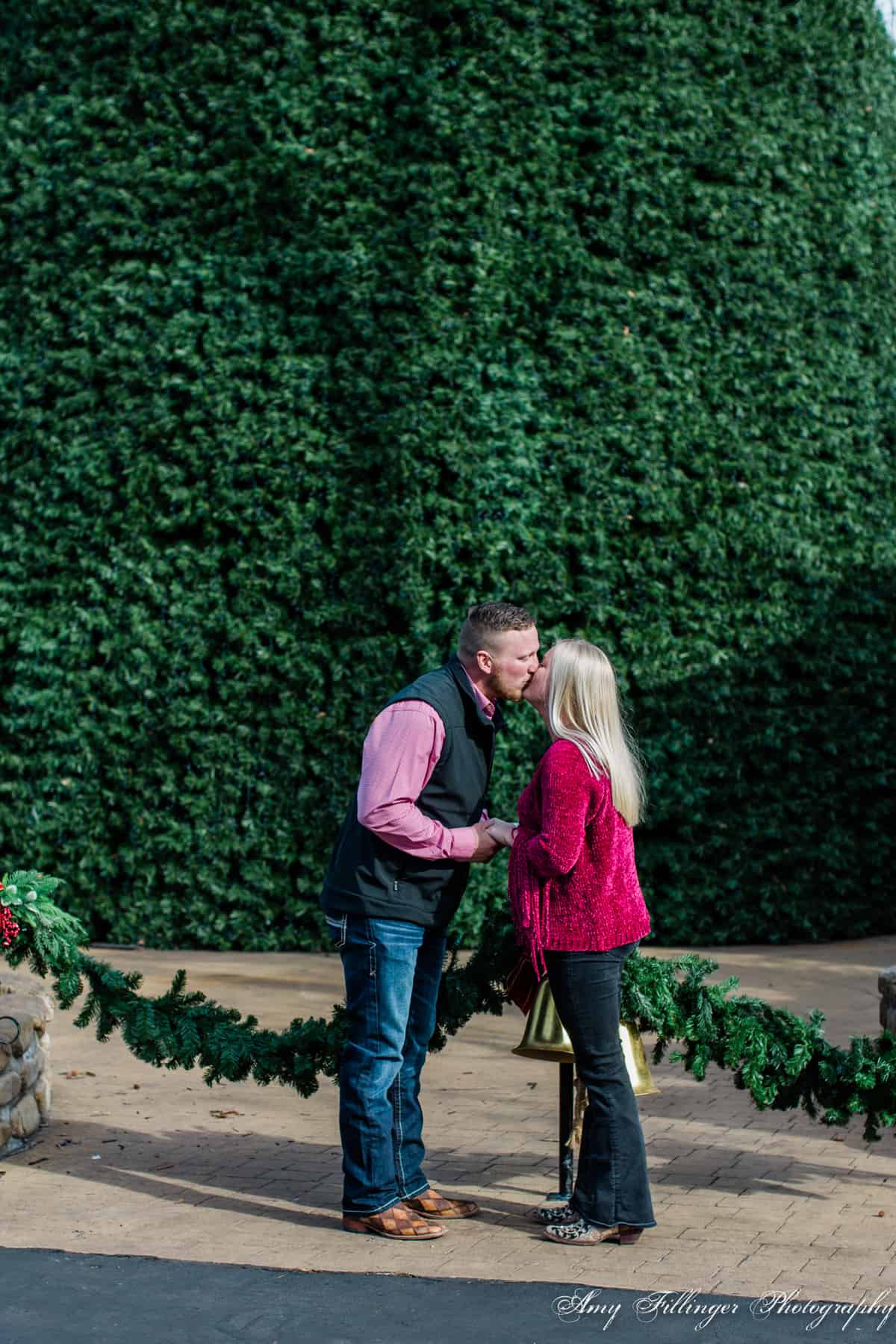 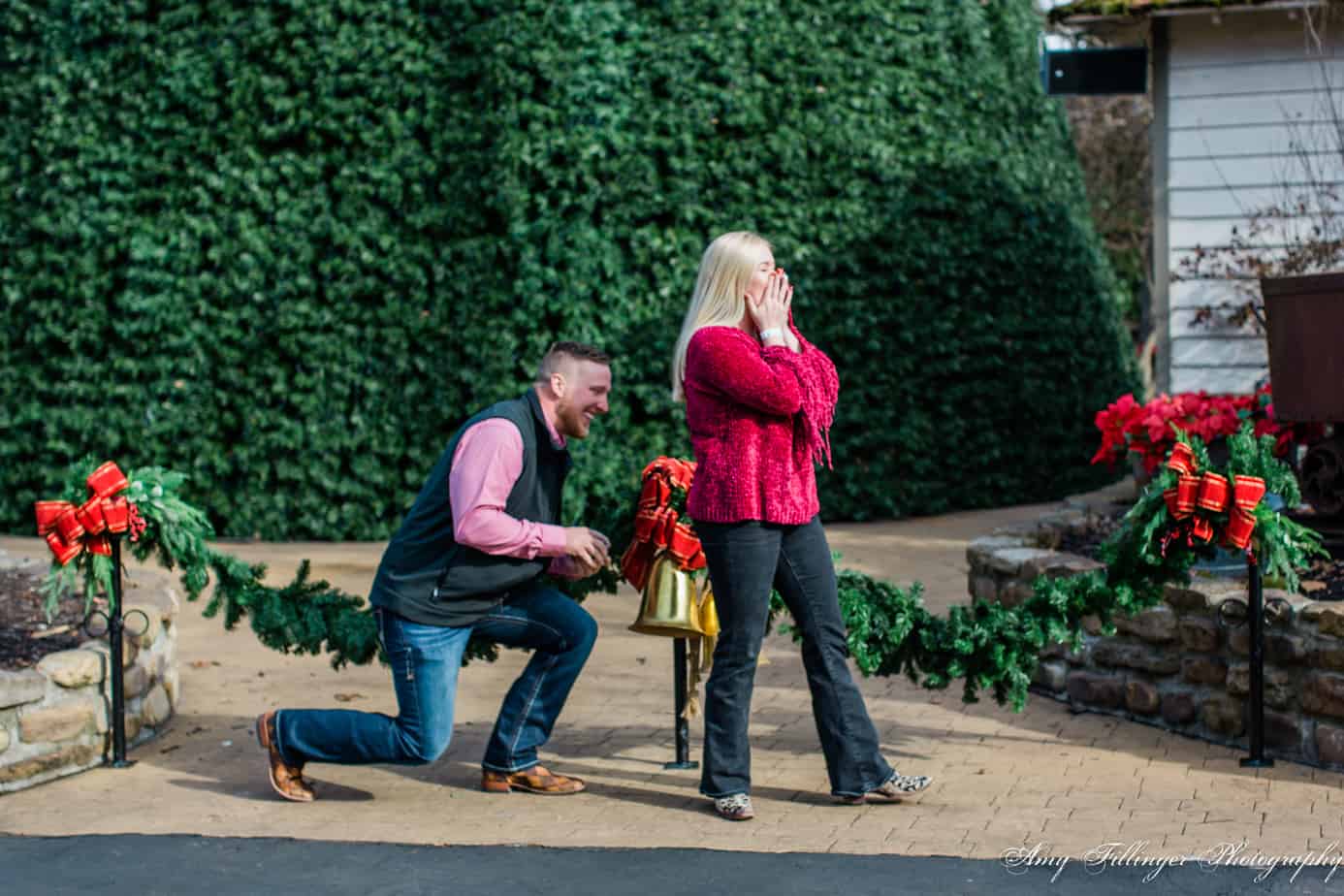 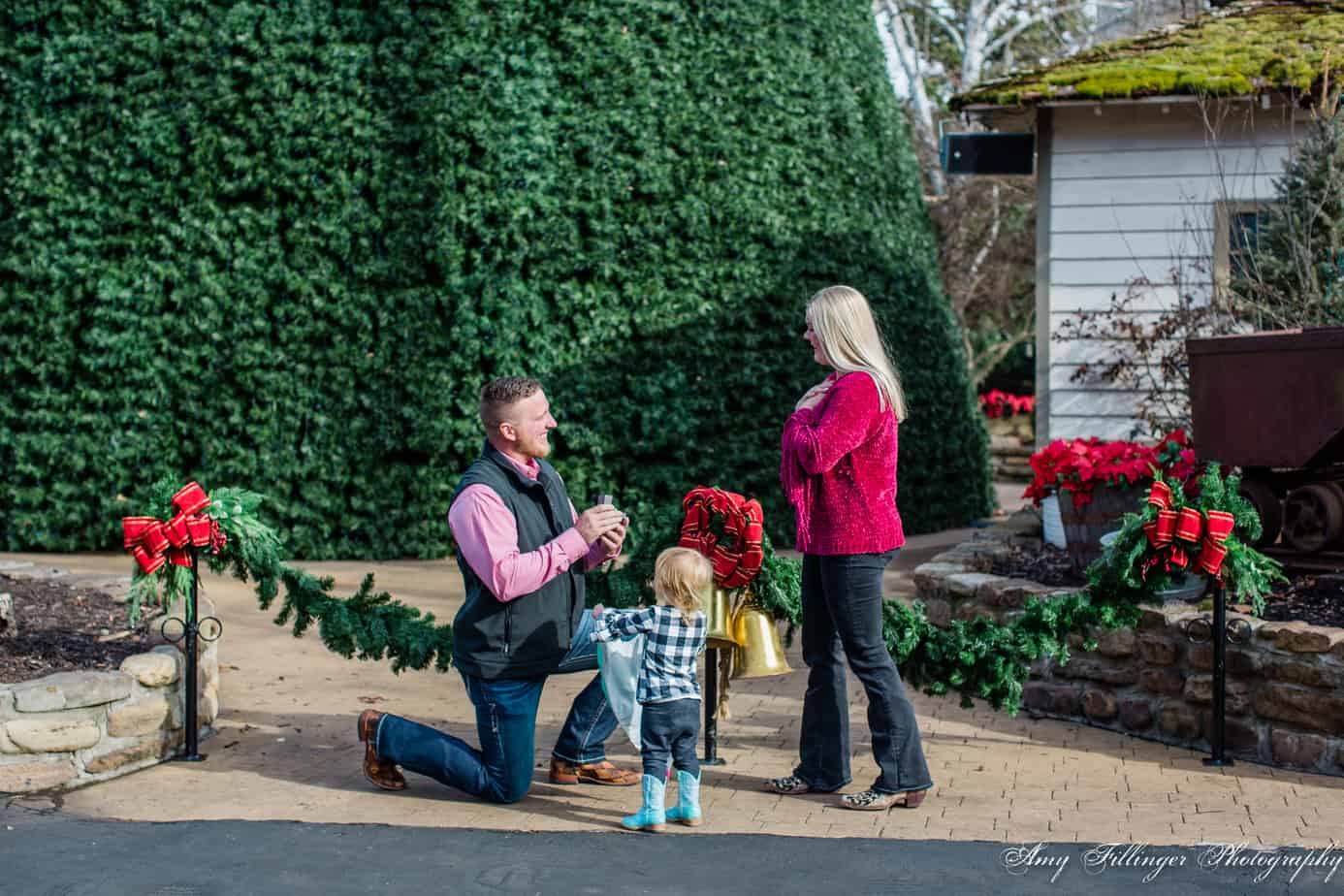 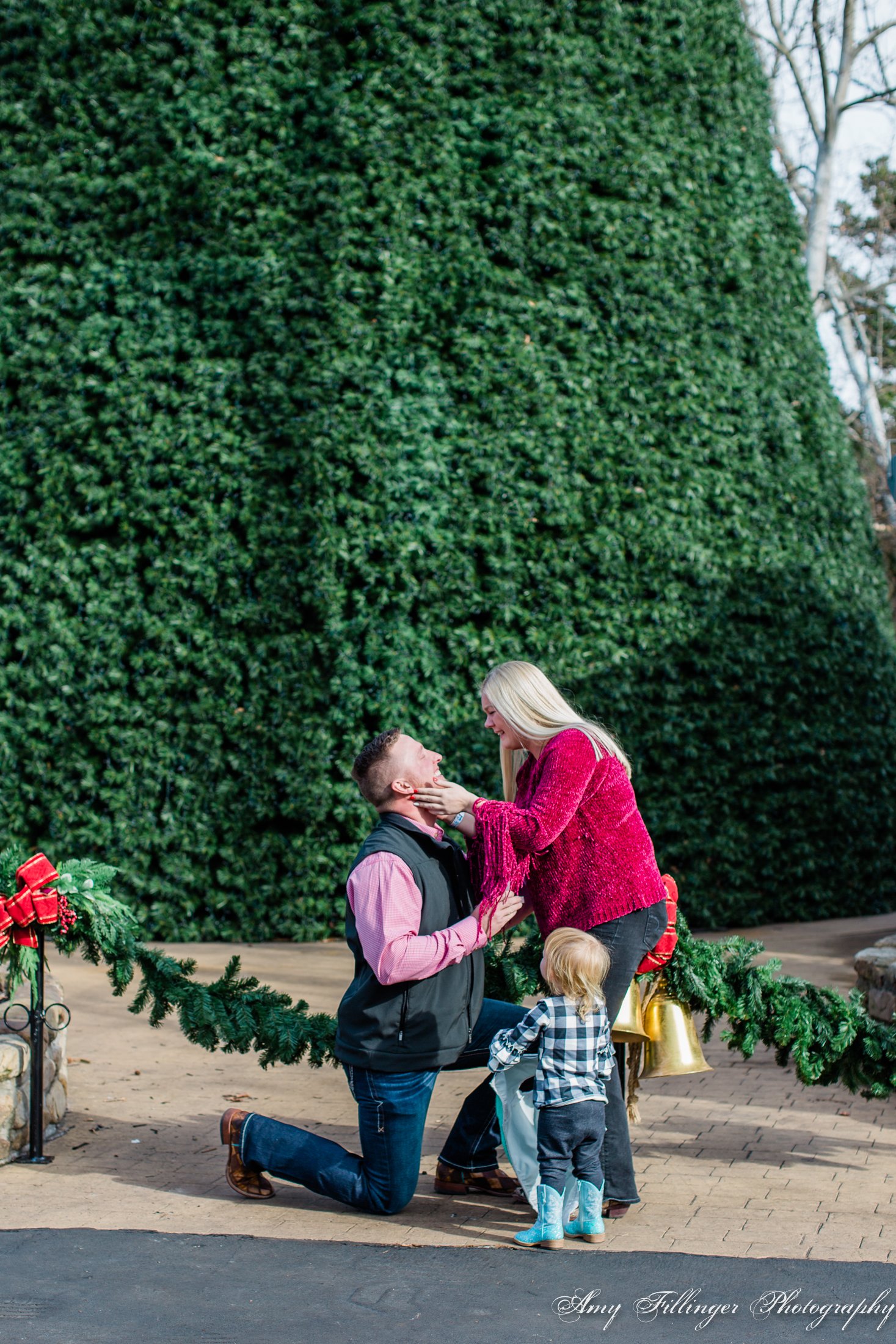 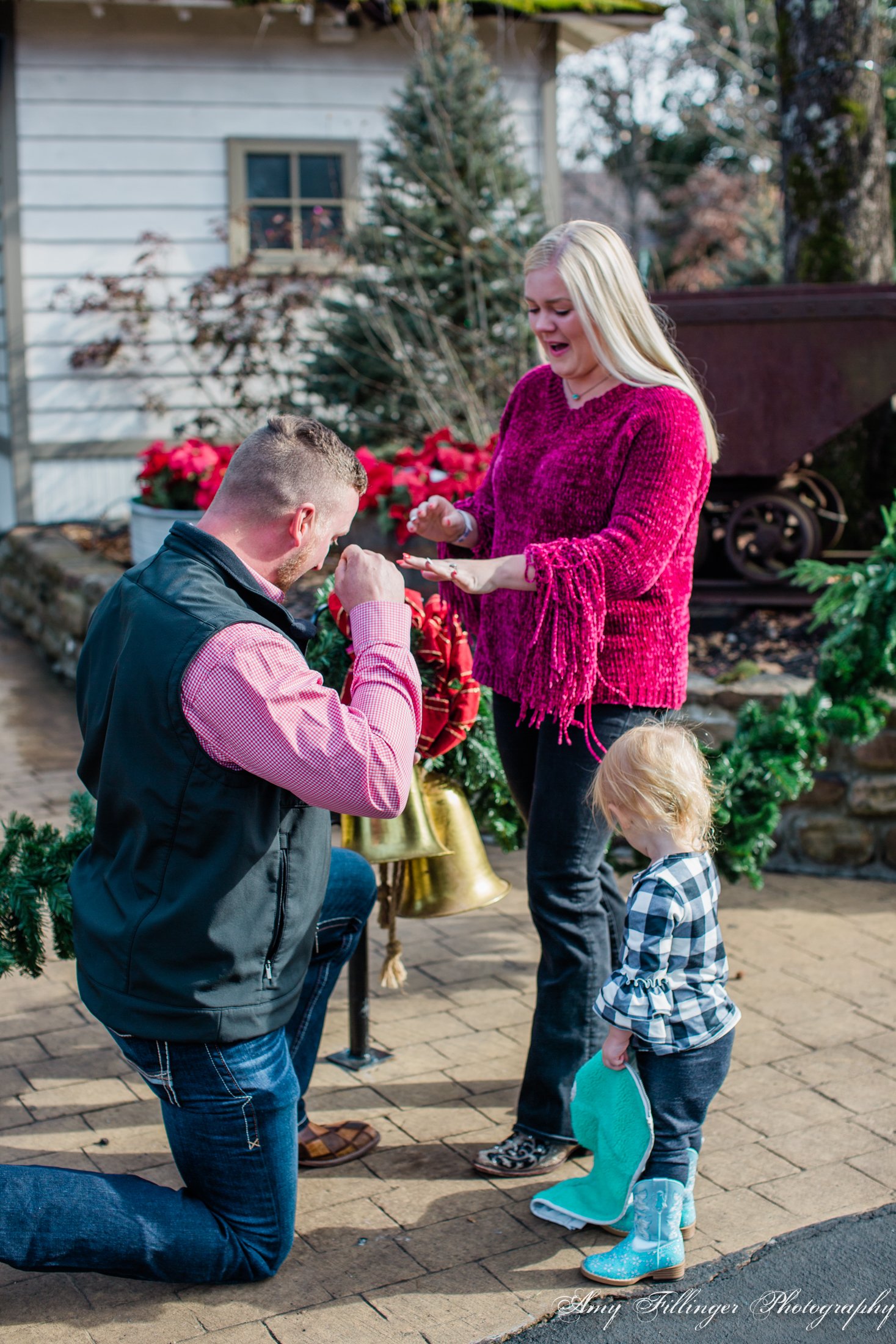 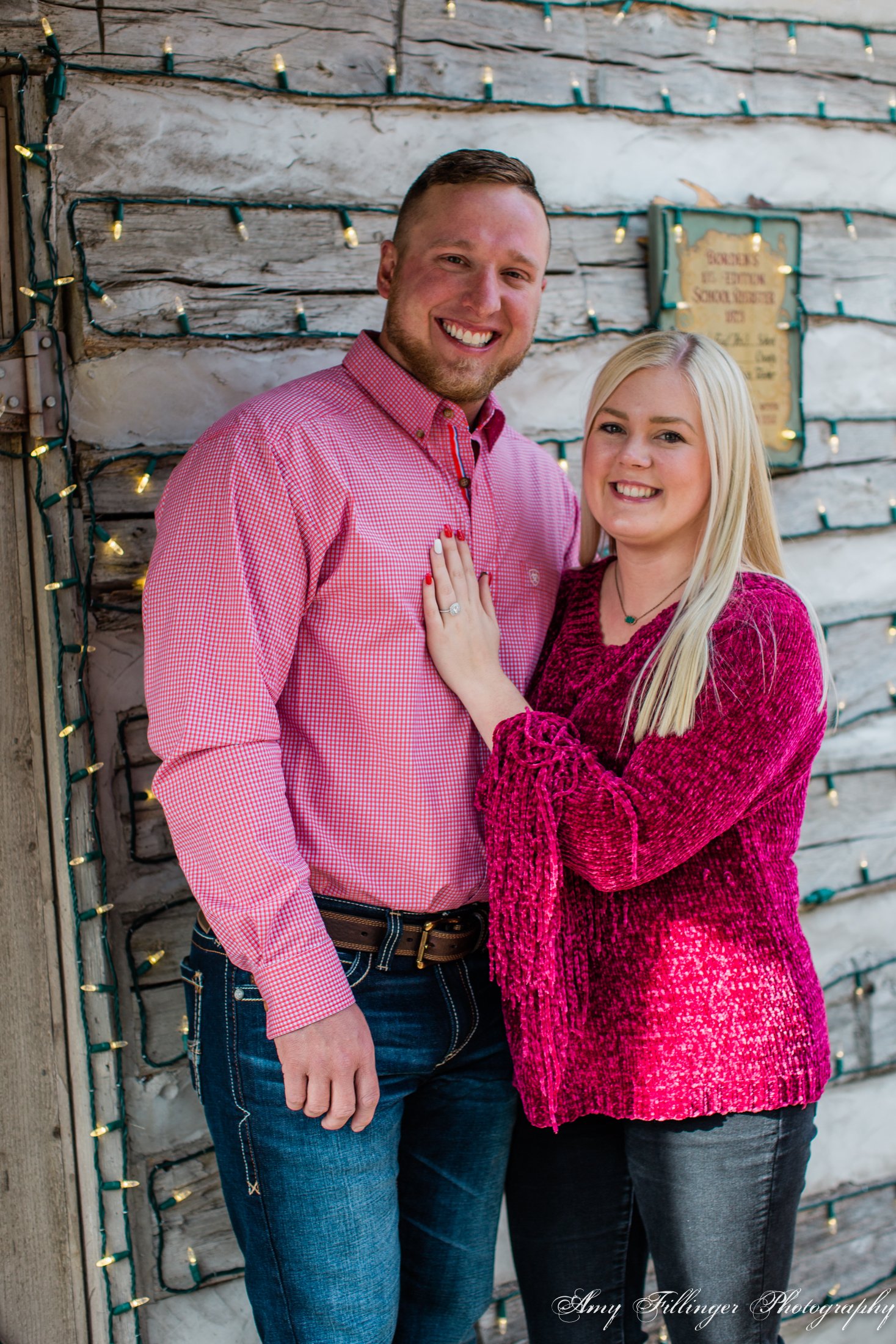 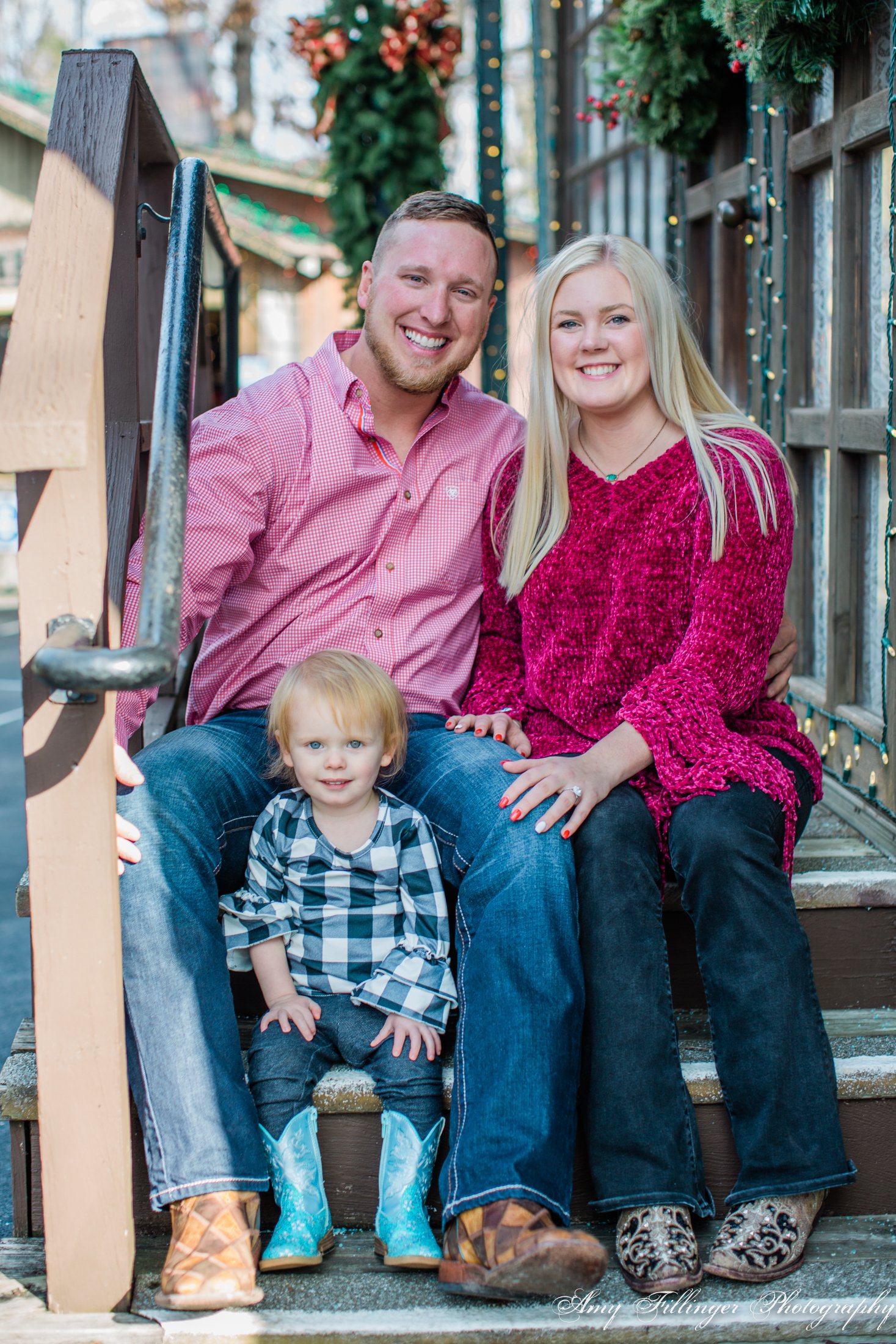 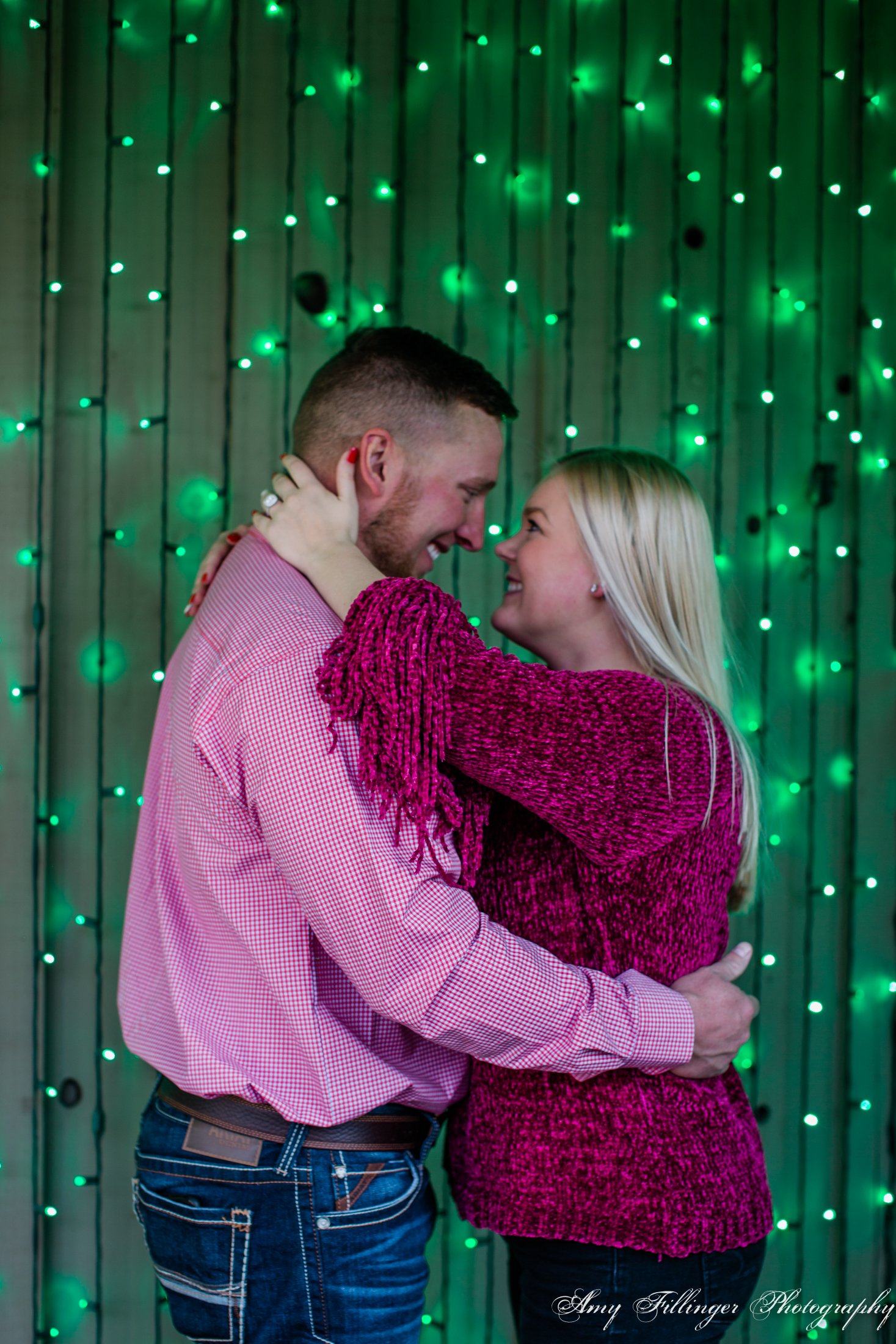 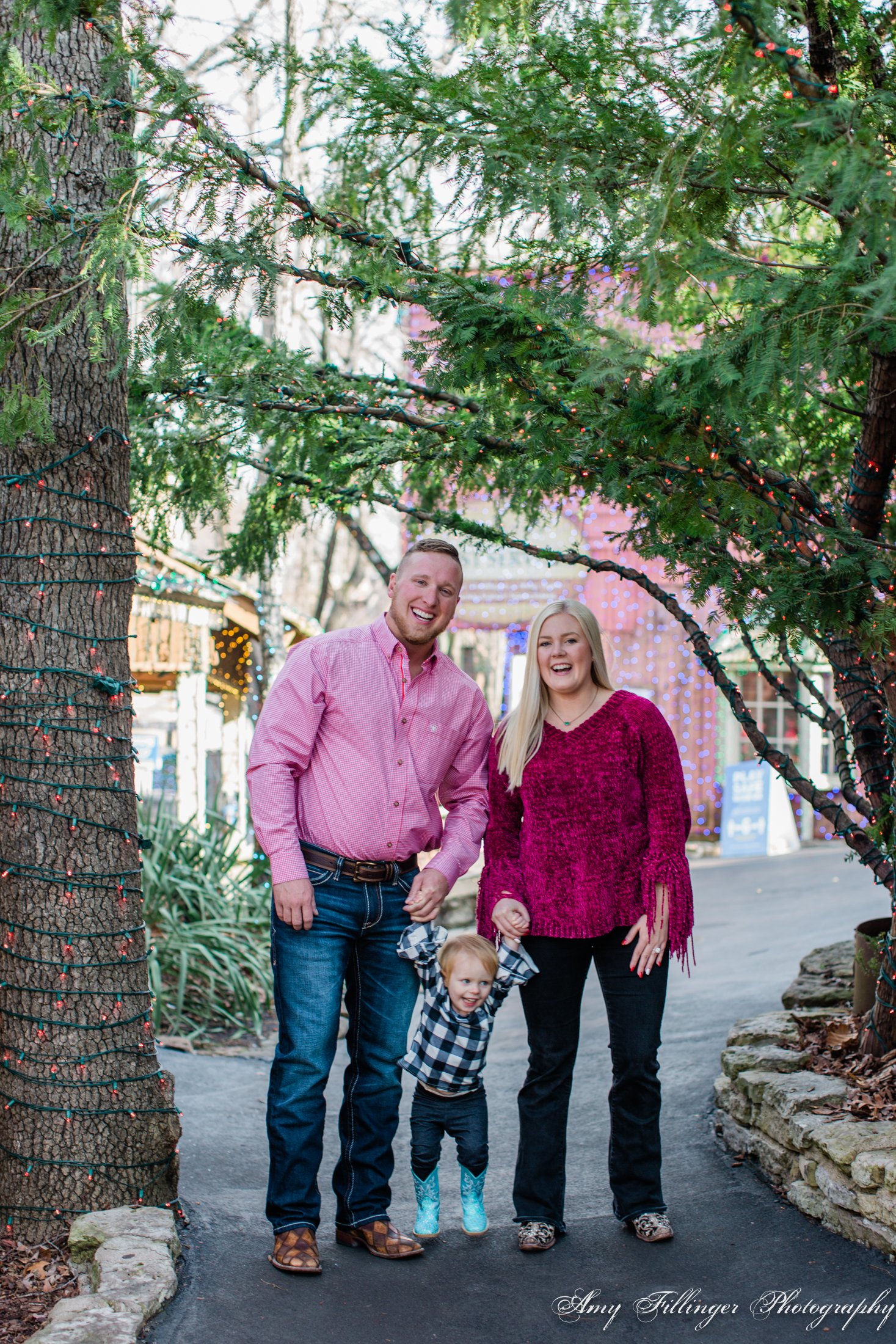 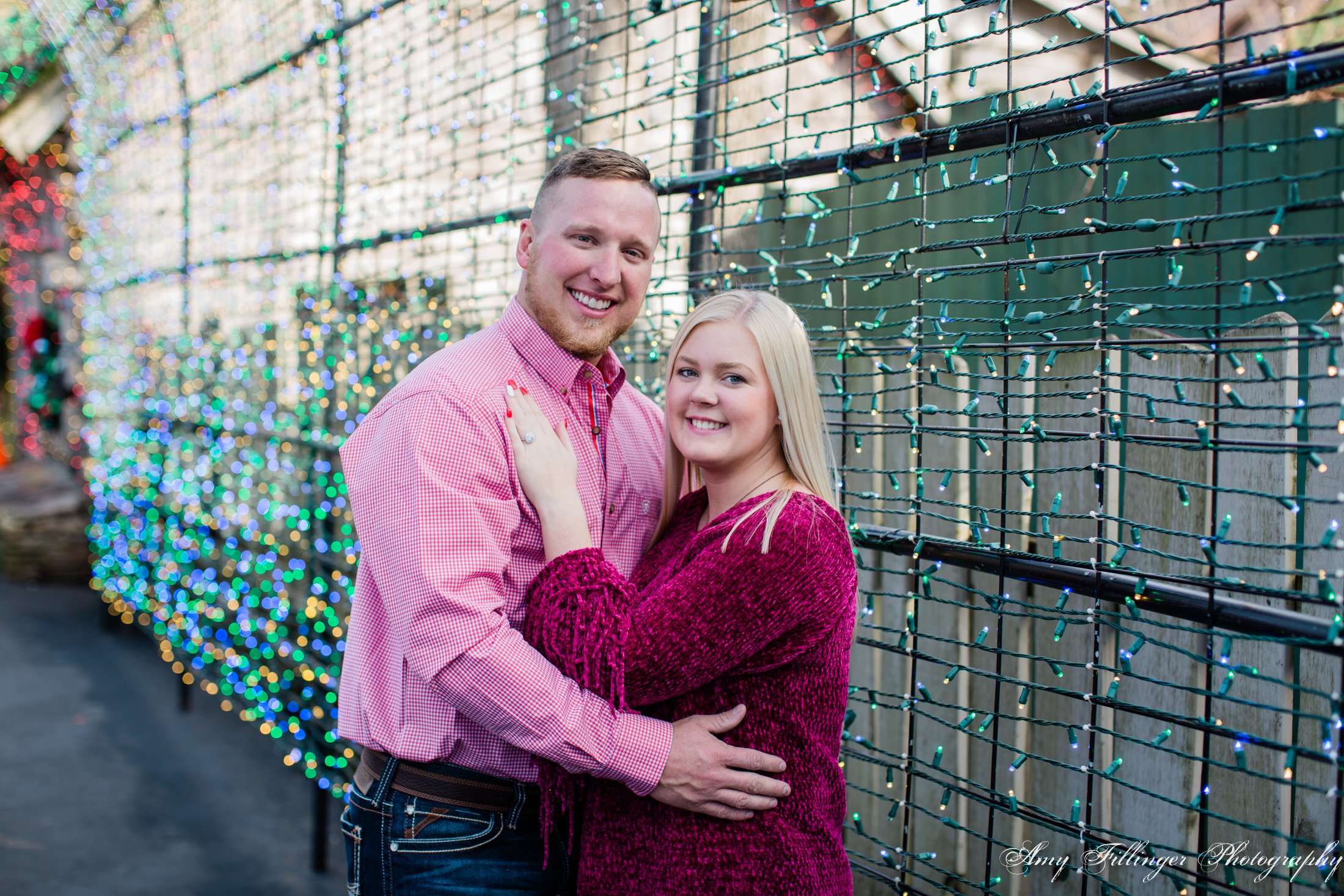 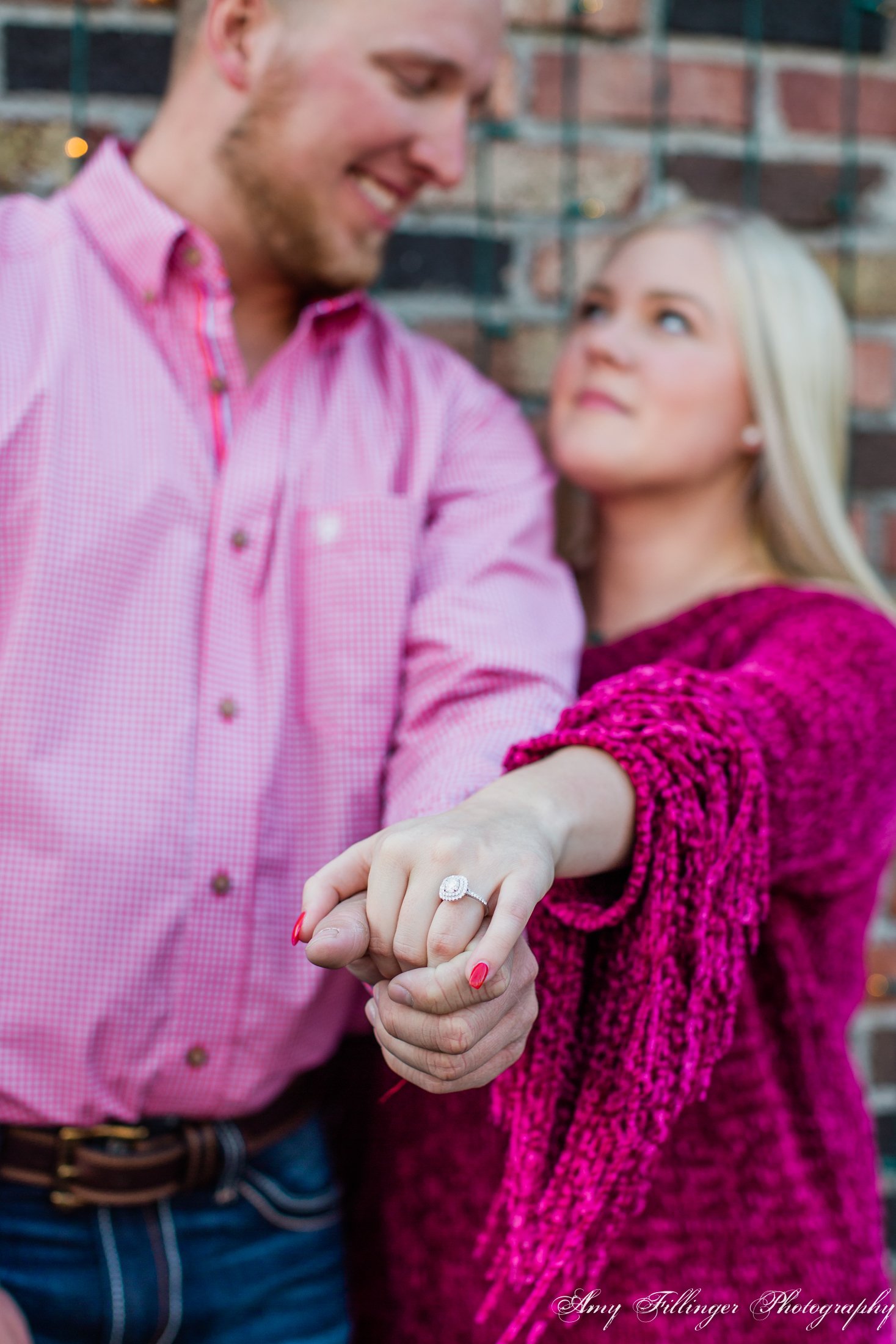 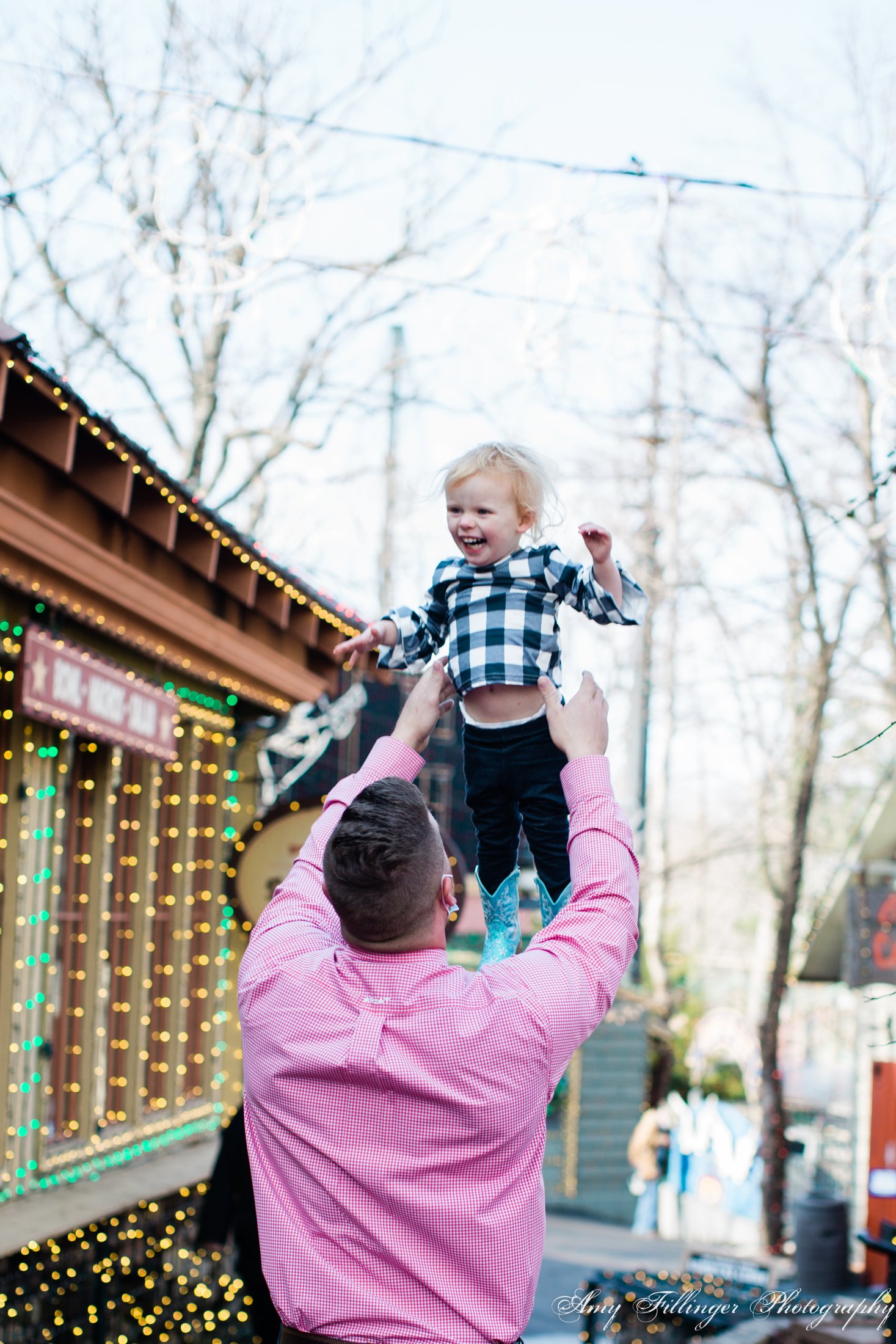 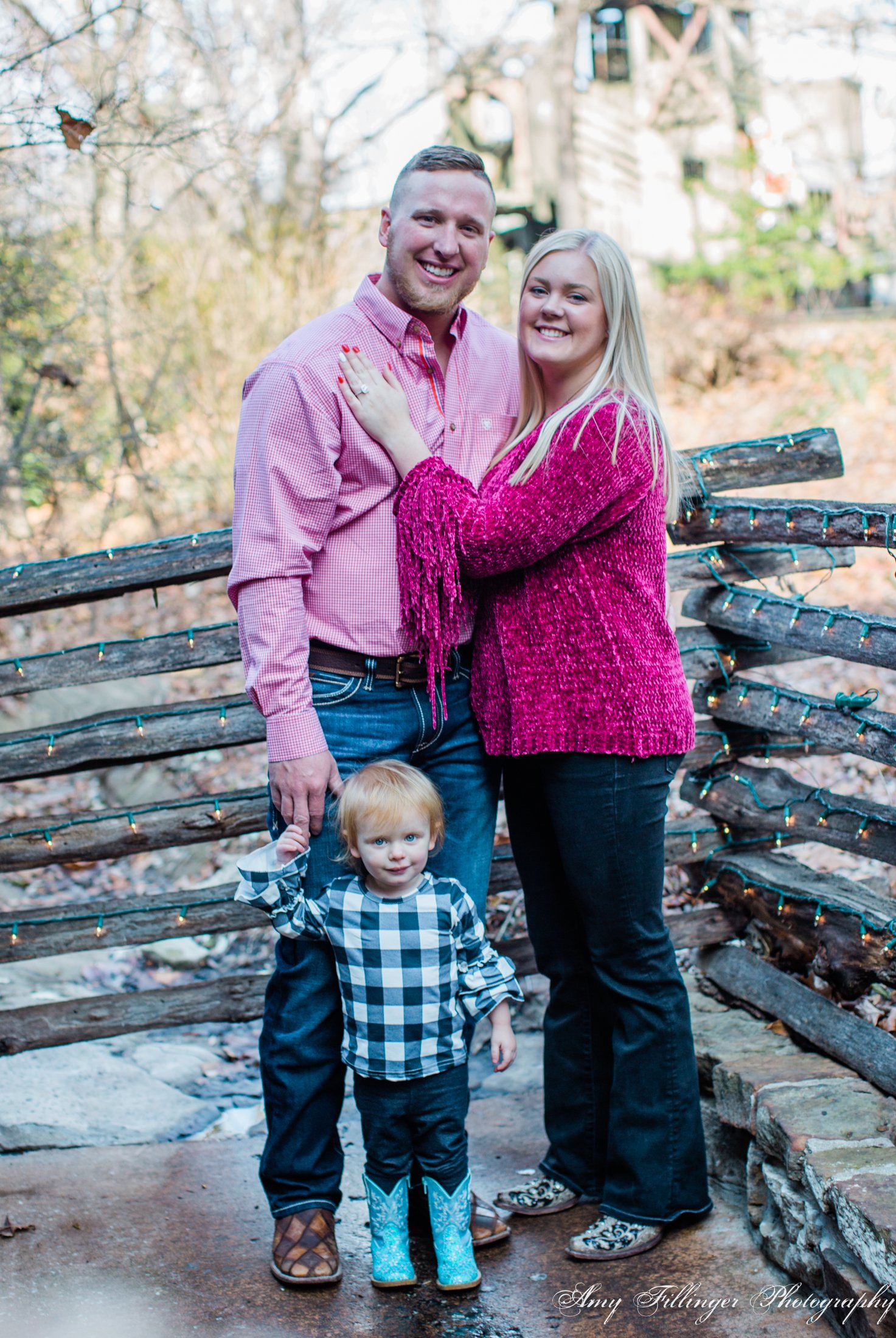 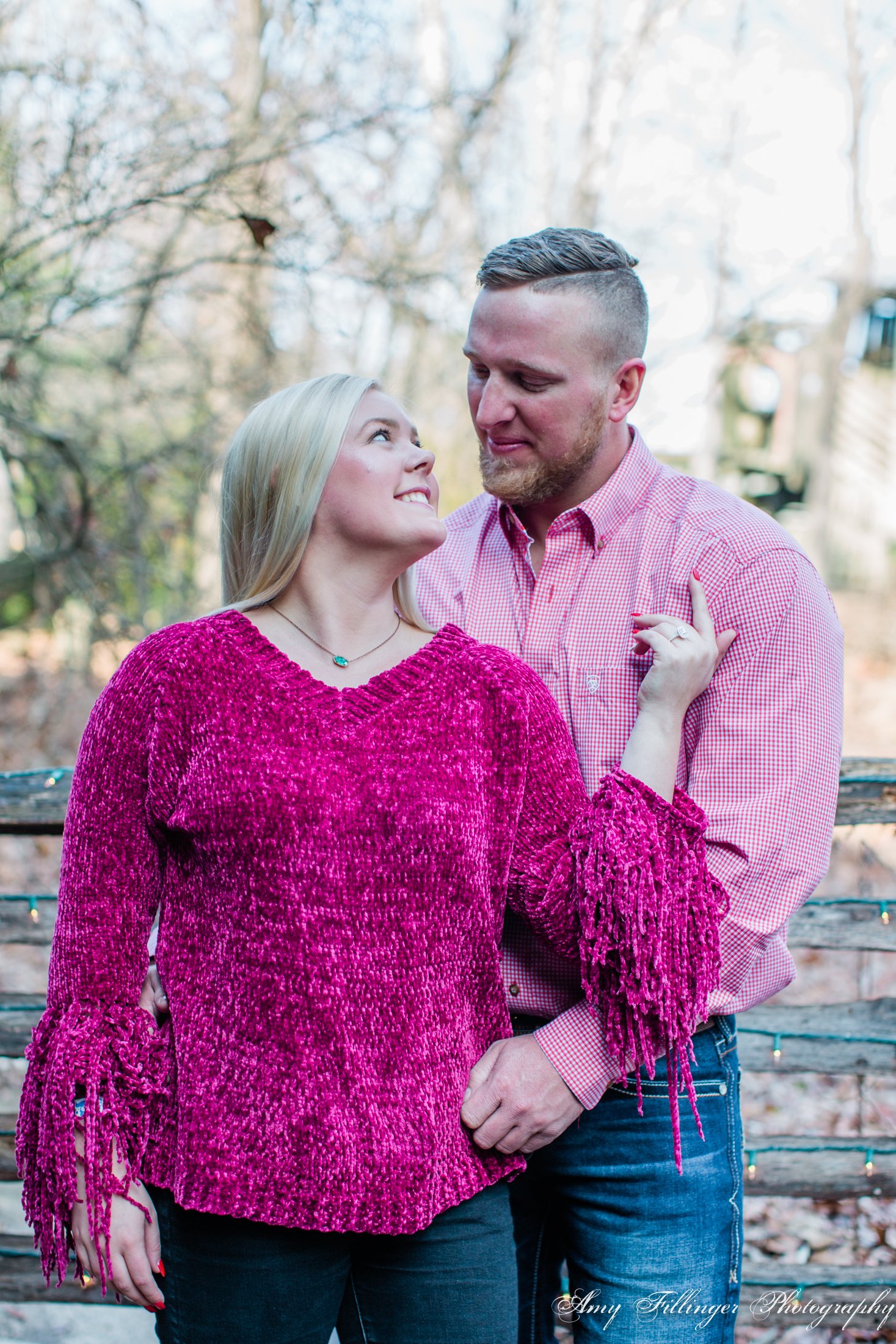 I hope you enjoyed taking a look at Garrett and Celeste’s Silver Dollar City proposal/engagement/family session. If you’d like to see some of my other SDC proposals, check them out here:

If you’re looking for a Branson proposal photographer, you’re in the right place! I photograph more Branson proposals than anyone else (that is a “super scientific” guess but I’m pretty sure it’s accurate) and I’d love to chat about your proposal ideas!

If you’d like to see more Branson proposal ideas or Branson travel tips, check out some of my other recent blog posts: