As promised last week, I wanted to share Khailon and Sam’s proposal story.

The set up of this shoot was fun because I initially talked to Sam about the shoot. She said it was a couples shoot, but that she had a feeling he might propose. She wasn’t sure!

The next week, I got a call from Khailon. He told me that he would be proposing to Sam and we planned a few details. I continued to talk to Sam and pretend like nothing was going on. She said she was about 50/50 on the proposal and had no idea. I told her that it would be a fun shoot either way.

Top of the Rock

Khailon and Sam came from Louisiana to spend a few days in Branson. When we arrived at Top of the Rock, I pretended like I didn’t know Khailon’s name. I thought this would help make it seem like I had never talked to him. 😉

We took a tour of the Lost Canyon Cave and Nature Trail at Top of the Rock. If that looks familiar, you may have seen my post with DJ and Haily’s Branson proposal! I had talked to Sam about several locations, and this one was her favorite. It’s gorgeous and something fun to check out if you’re visiting Branson. Also, don’t climb the rocks; there are signs. 😉

I told Khailon that proposing during the first part of our session would be a good idea. I told him that the guys always look nervous in the “before” pictures. He knew which spot was her favorite, so it all worked out perfect! Of course, she said yes.

We continued on the trail and stopped for photos in several places along the way. We had a great time, and I loved getting to know them a little better along the way.

Congratulations, Khailon and Sam! If you’re looking for a Branson photographer for your proposal, I’d love to chat with you too! Use the contact form or scroll down for more information. Here are some of my favorite images from Khailon and Sam’s Top of the Rock proposal.

Top of the Rock Proposal 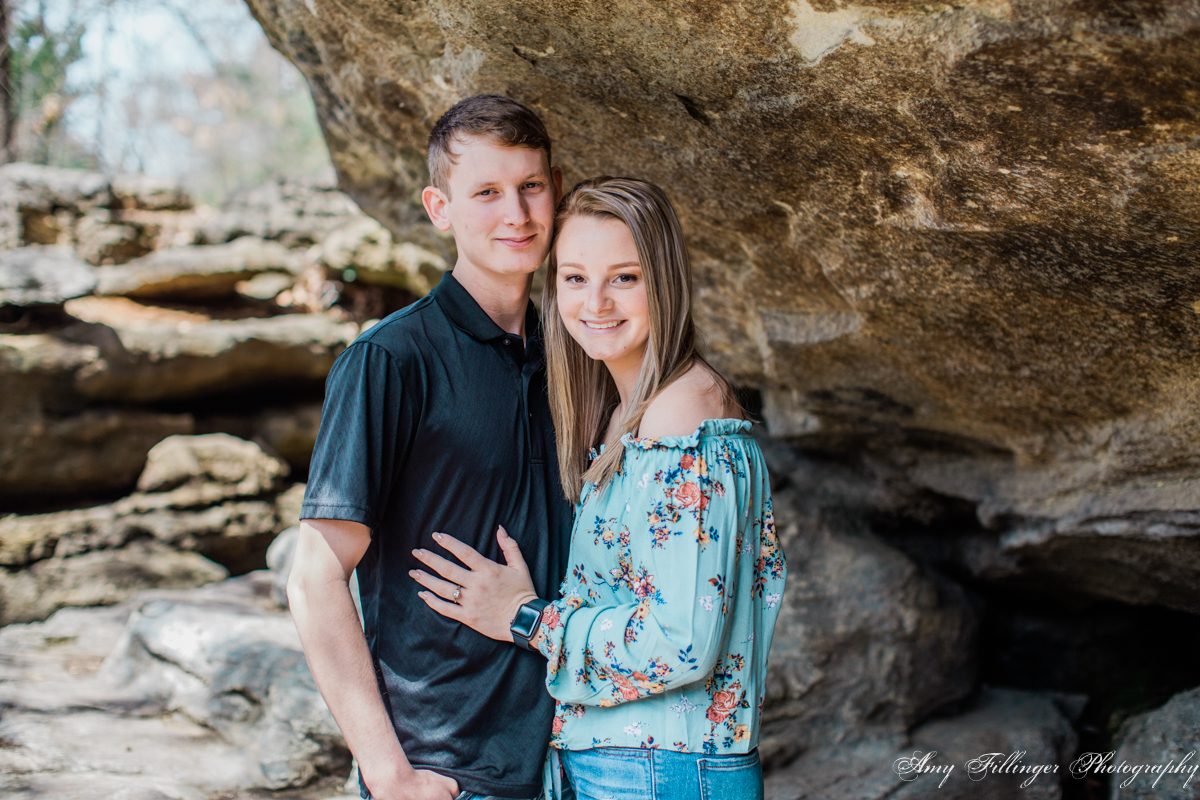 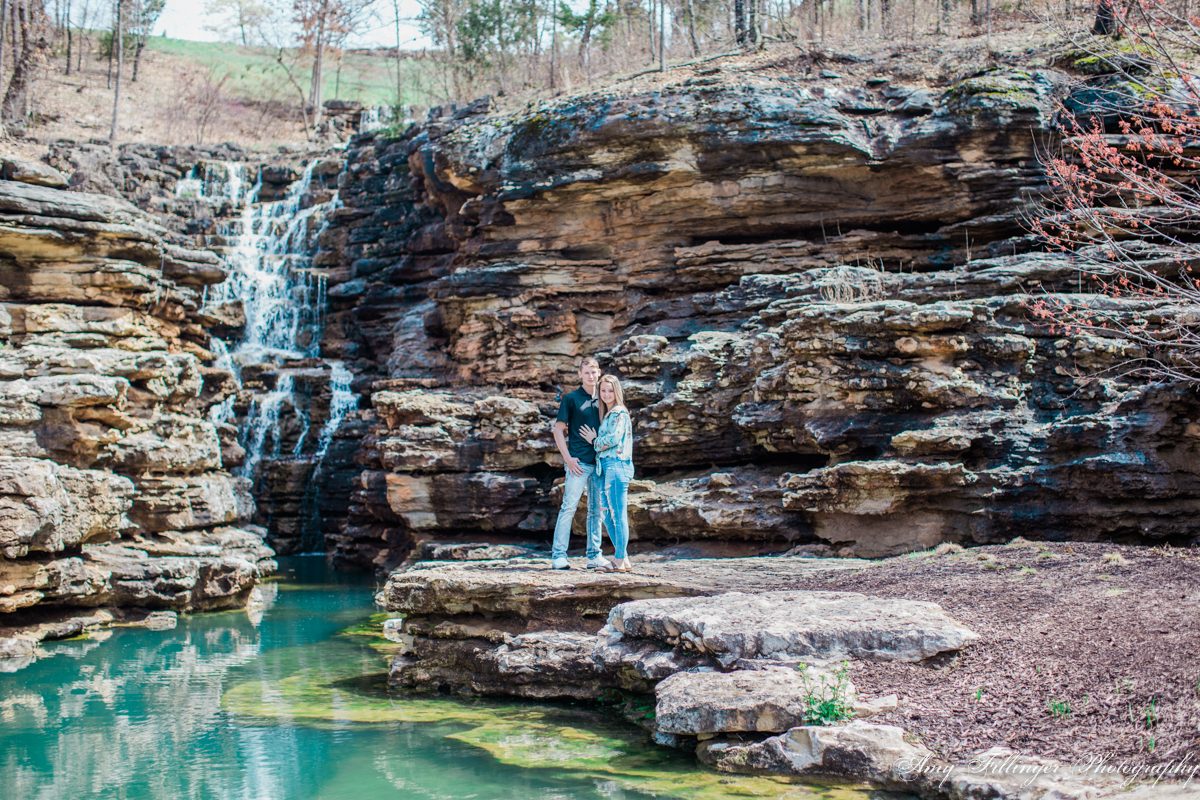 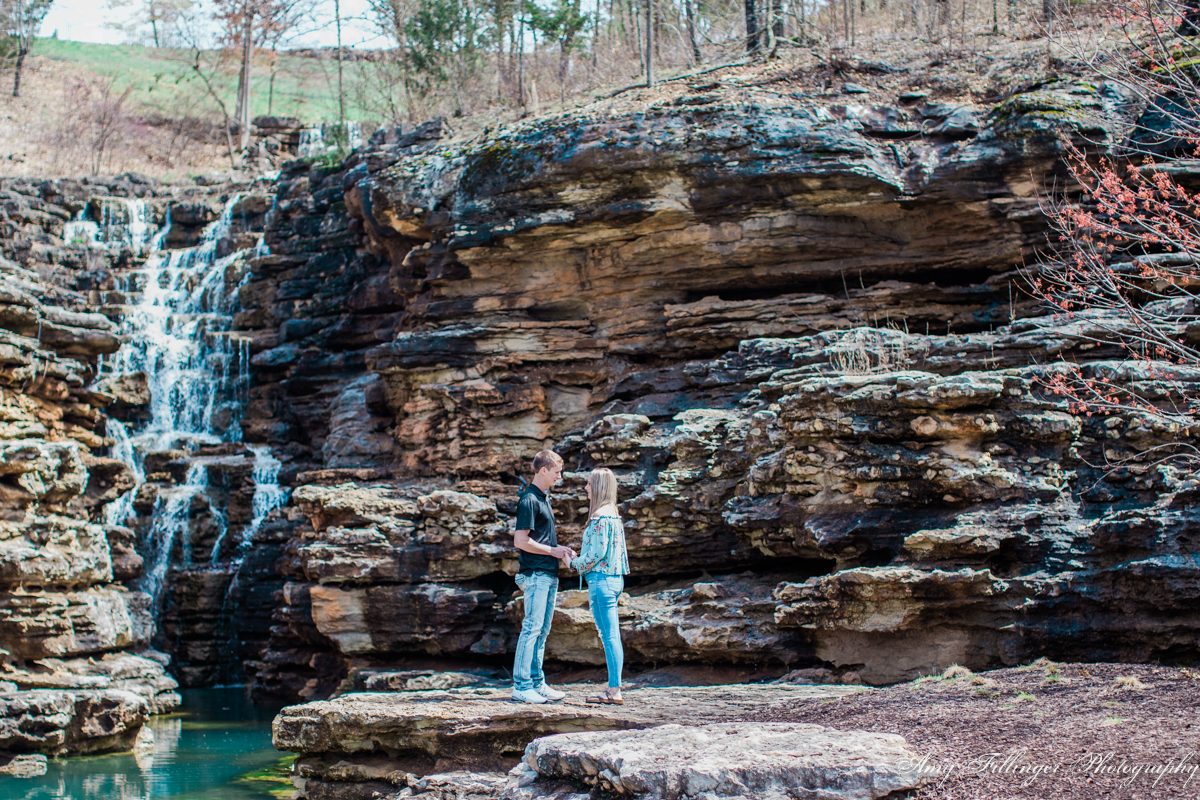 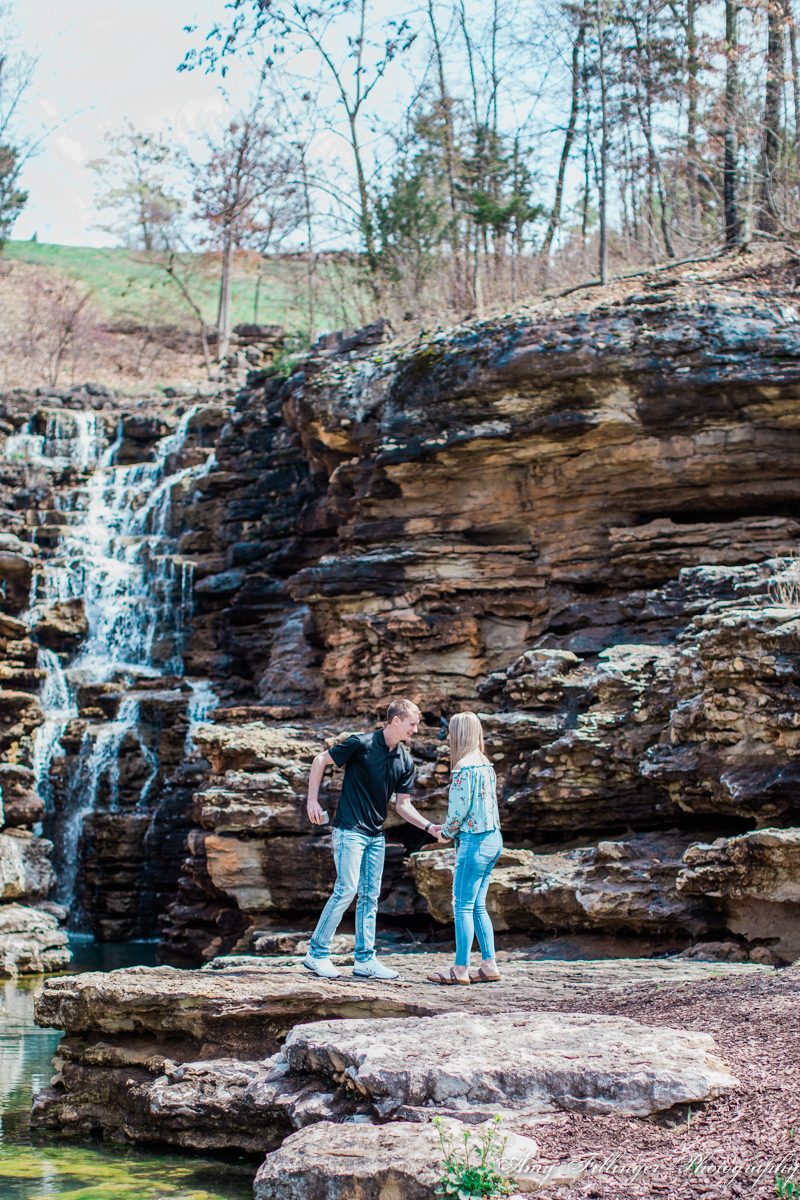 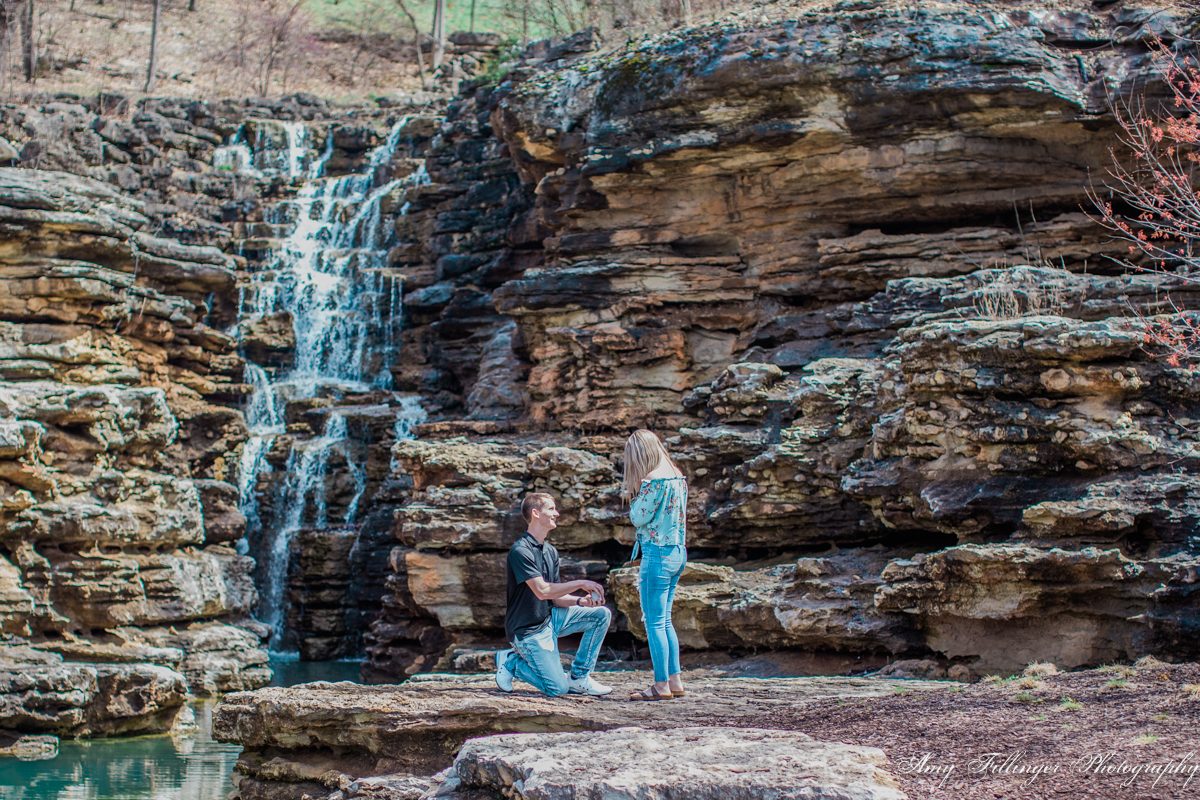 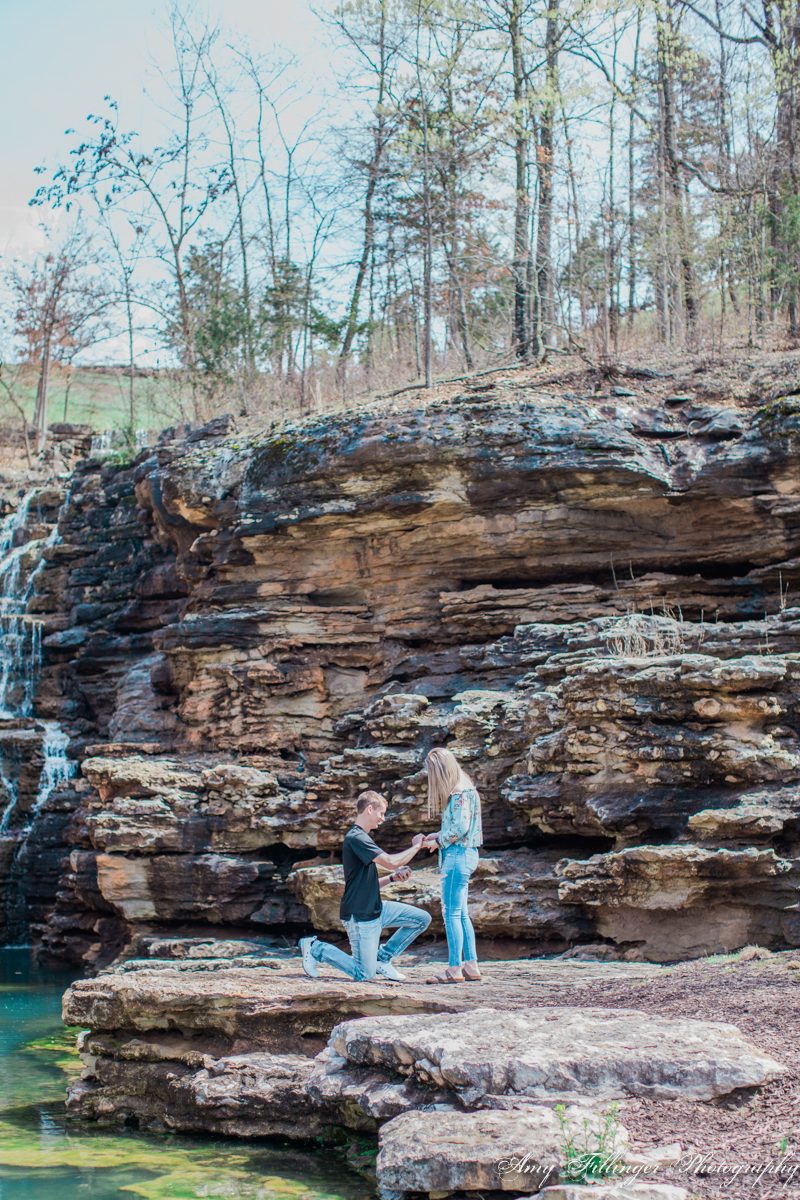 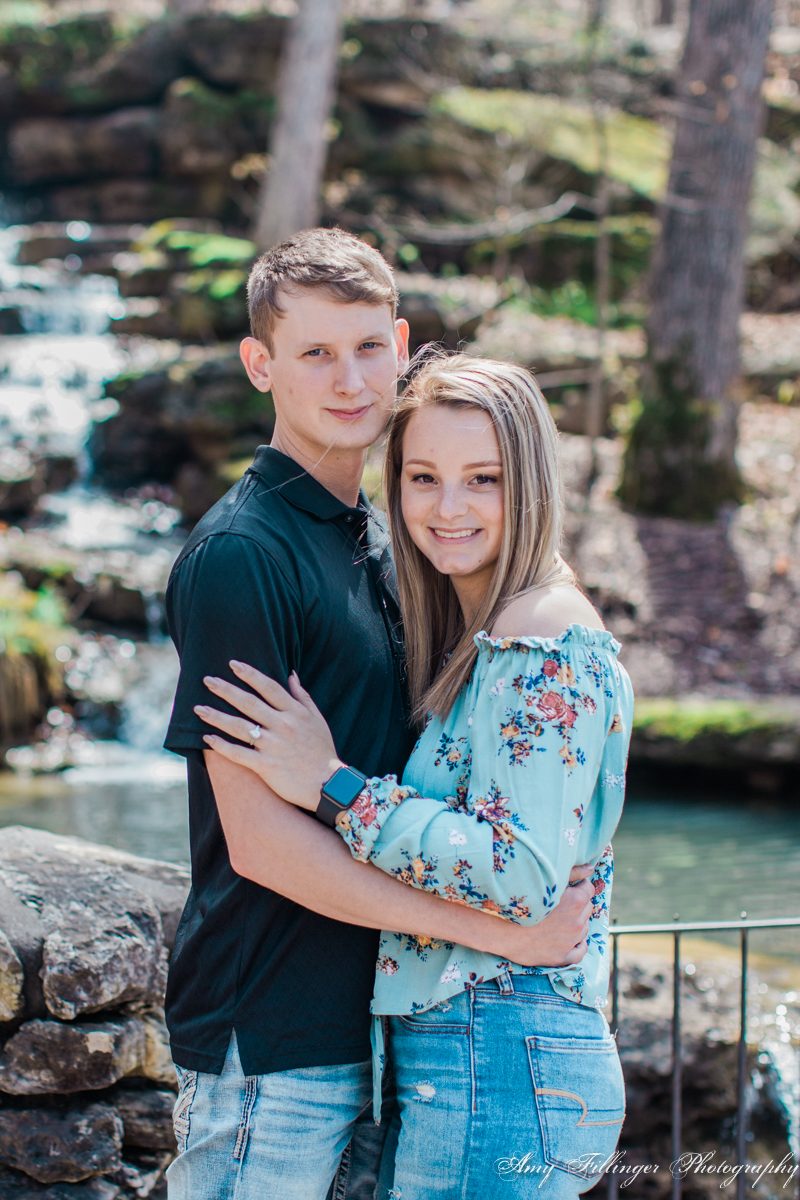 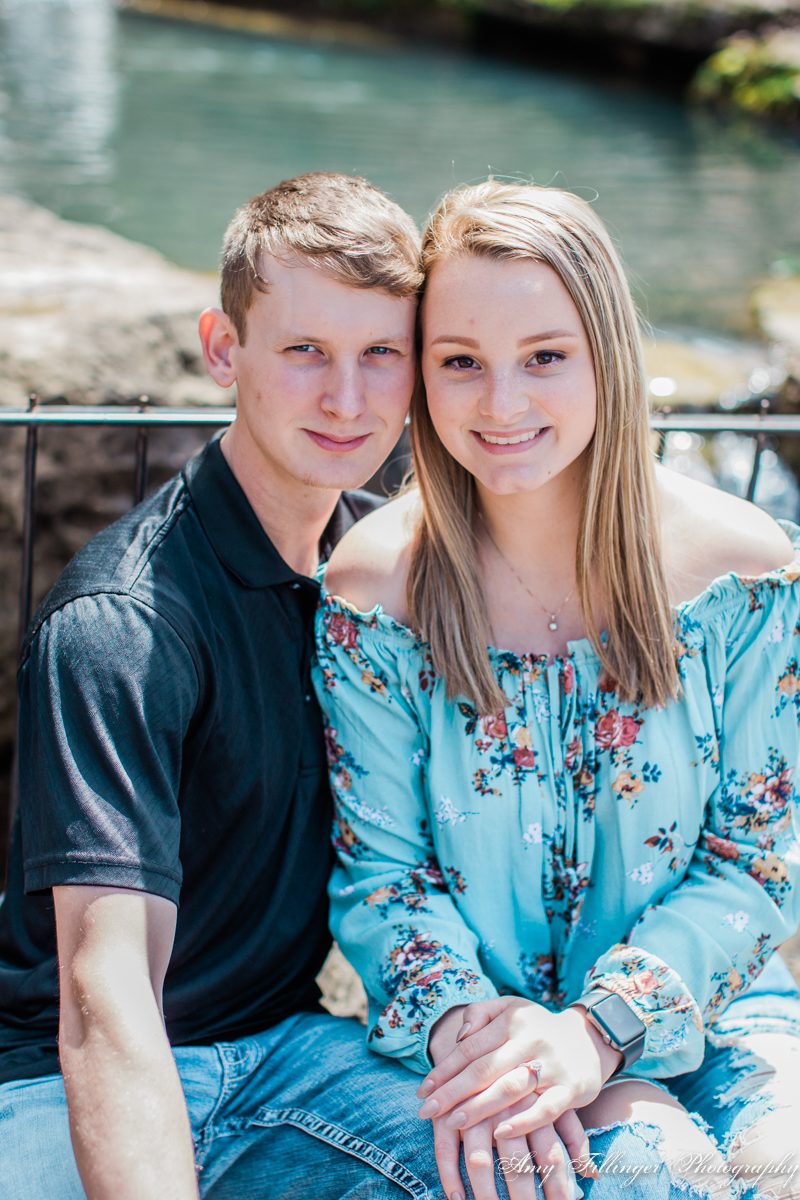 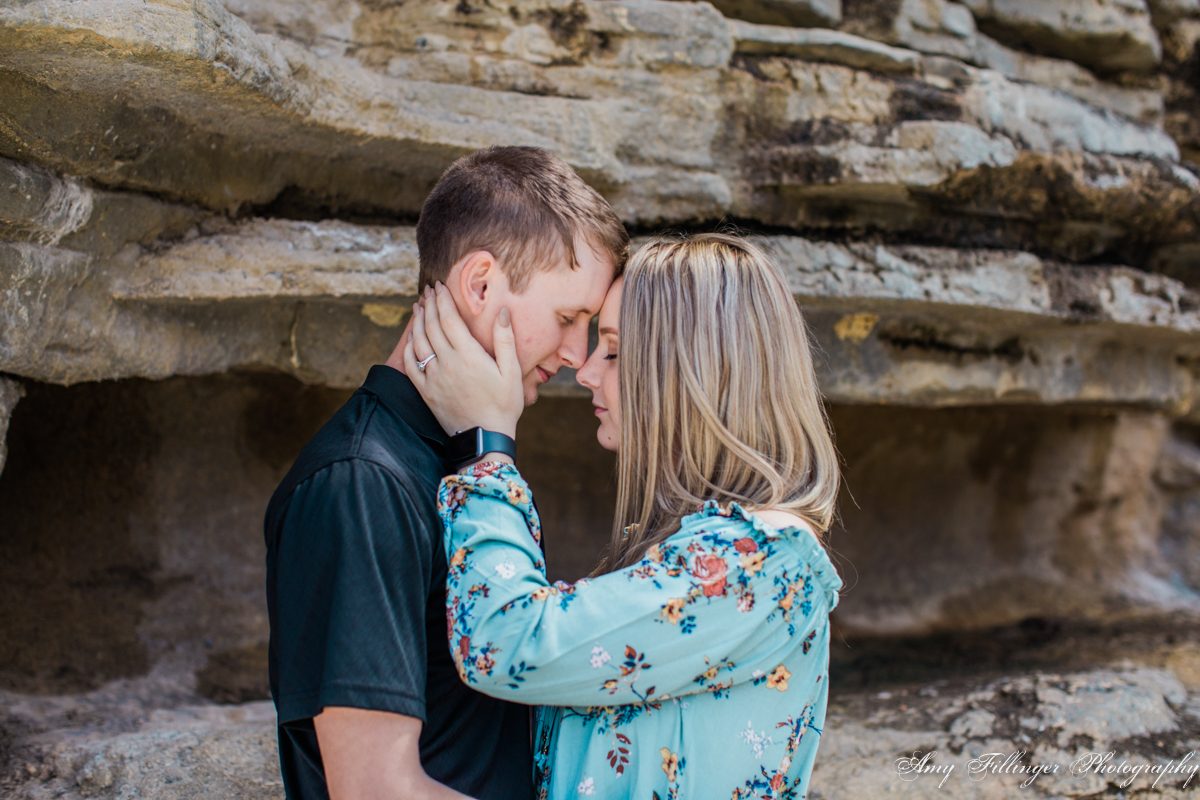 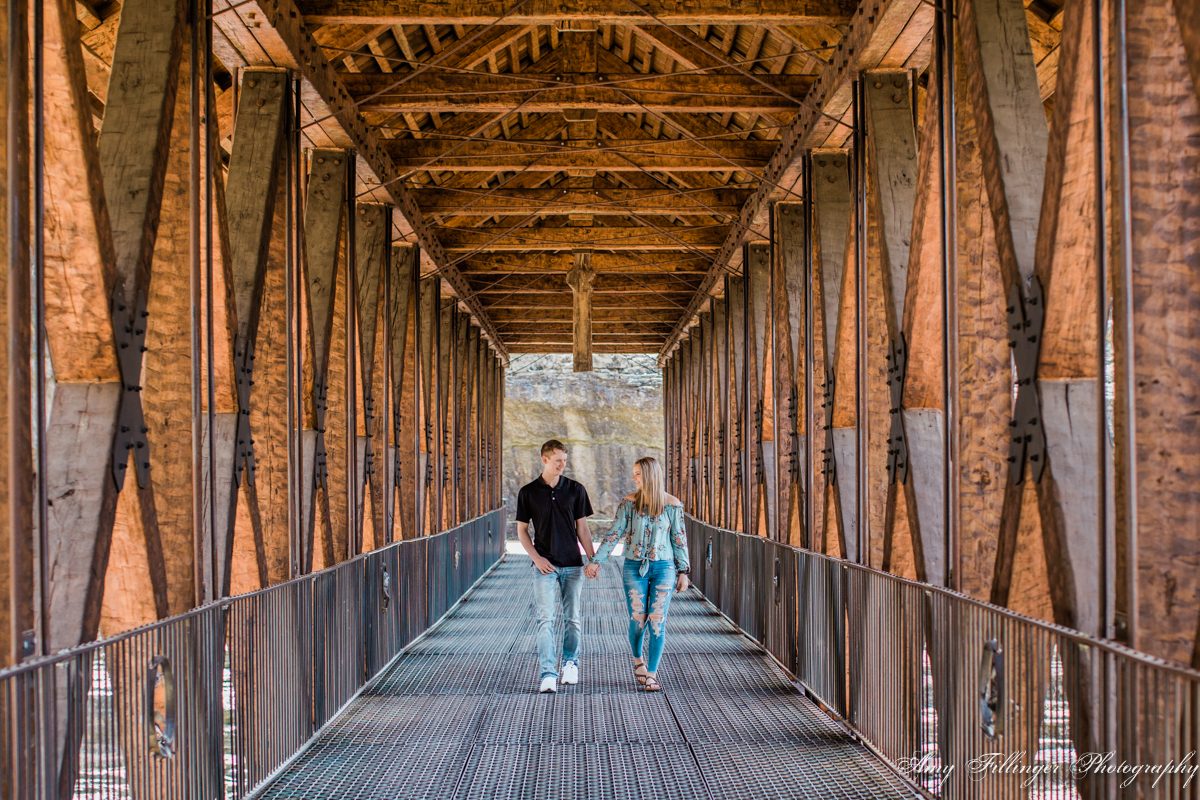 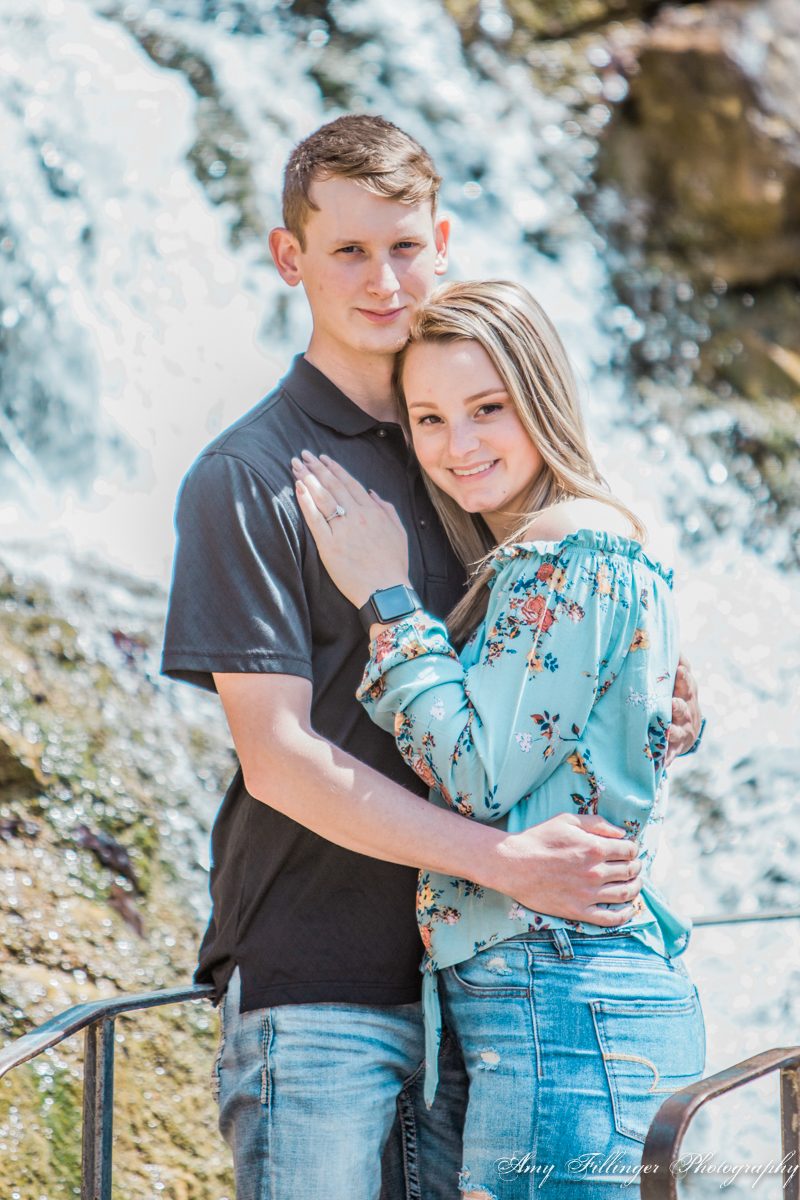 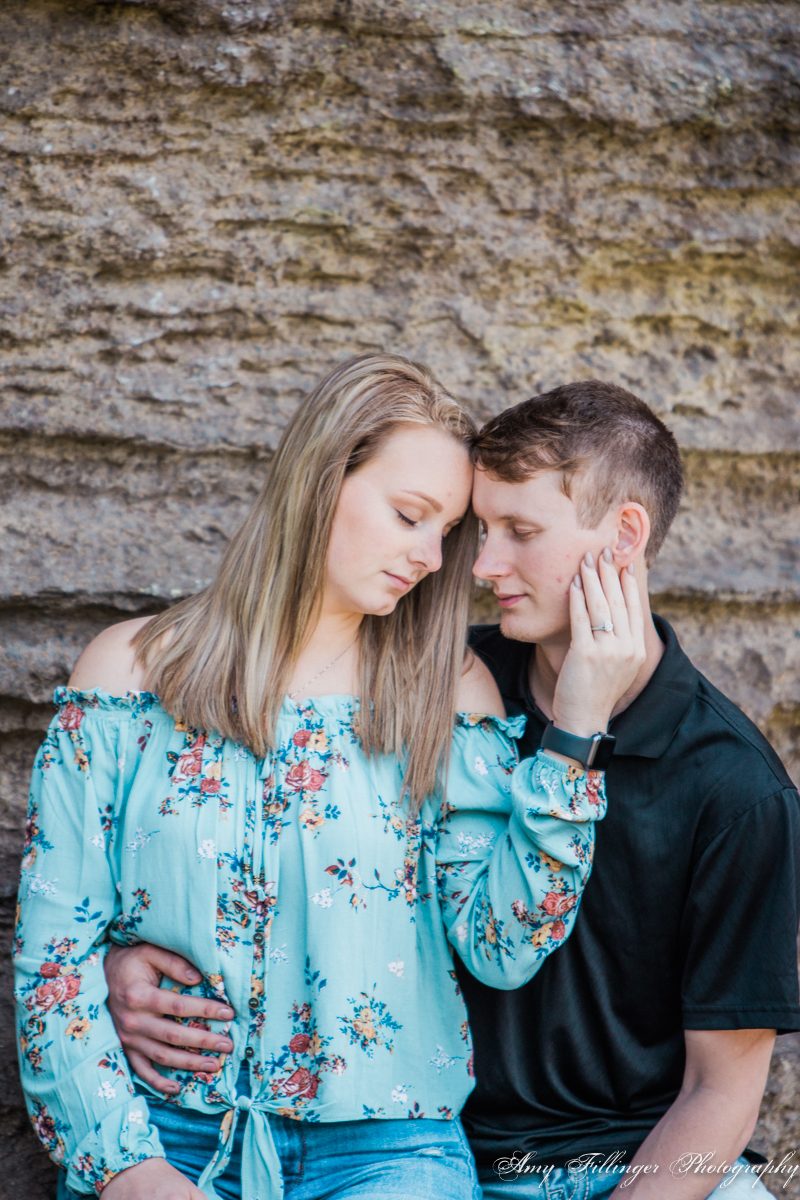 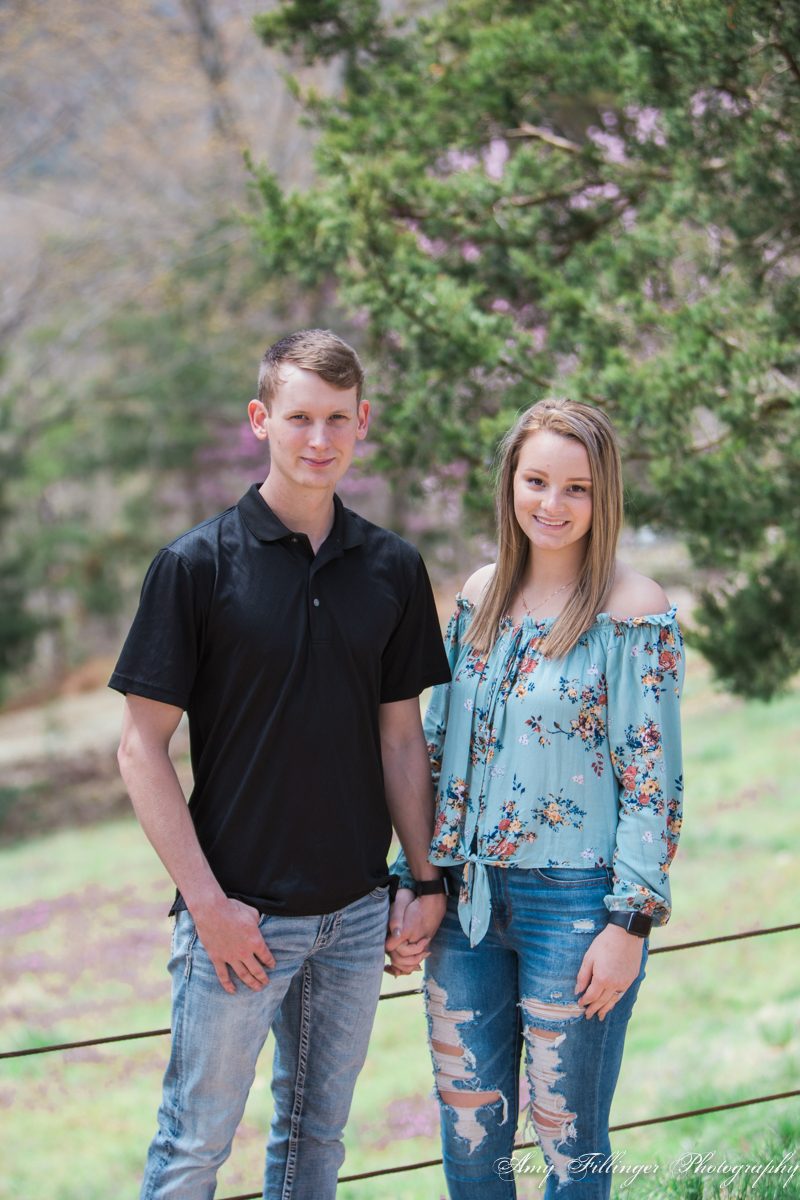 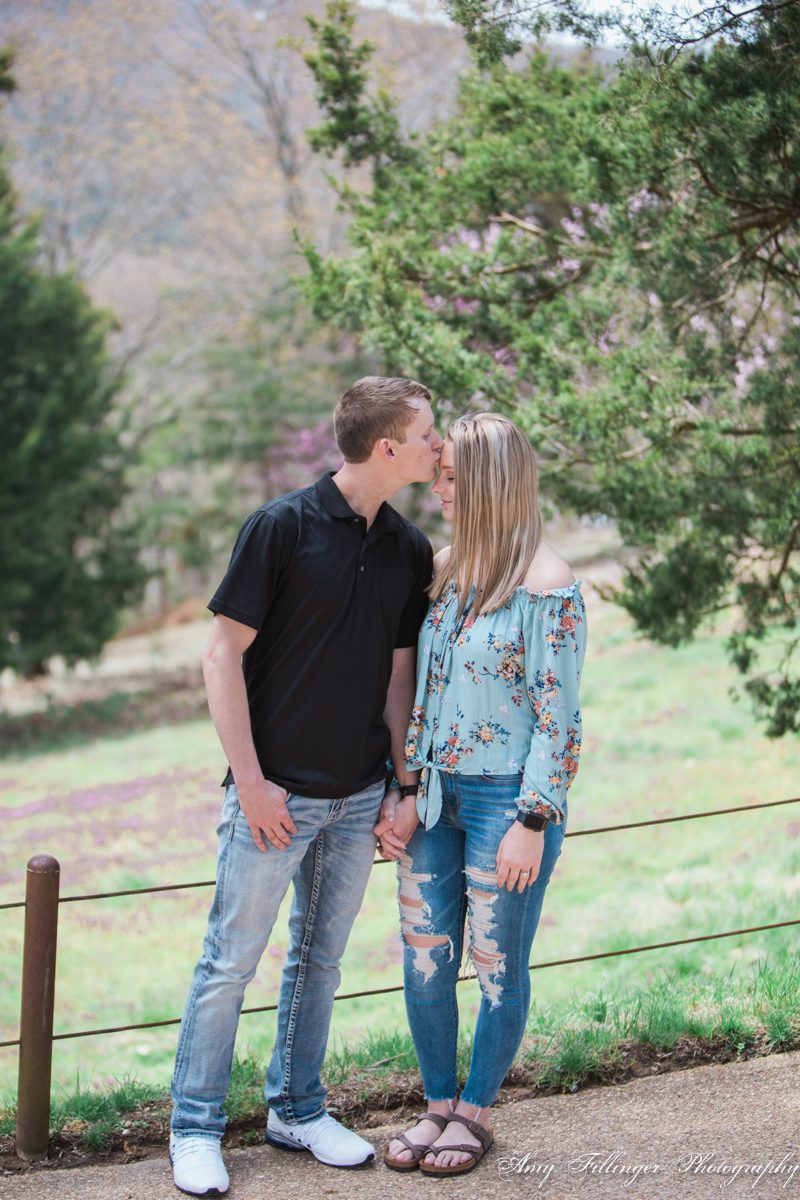 If you’re looking for a Branson photographer for a proposal, wedding, or family reunion, don’t hesitate to reach out! You can use the contact form here. Love proposals? Check out some of my other recent proposals below:

Congrats again to Khailon and Sam! Did you know that I shot another proposal on the same day? It’s true! You can check out Kelvin and Abbie’s proposal that happened later that evening at Big Cedar Lodge.