Morgan thought that they were simply visiting Branson with some friends. Little did she know that Andrew had a secret, actually, two secrets! After popping the question (she said yes, by the way) Morgan was surprised to see both of their families watching from the balcony above! Keep scrolling to watch her reaction, and see some photos of the whole group! I photograph a lot of extended families in Branson, and a lot of Branson proposals, but combining the two like this is a rare occasion! 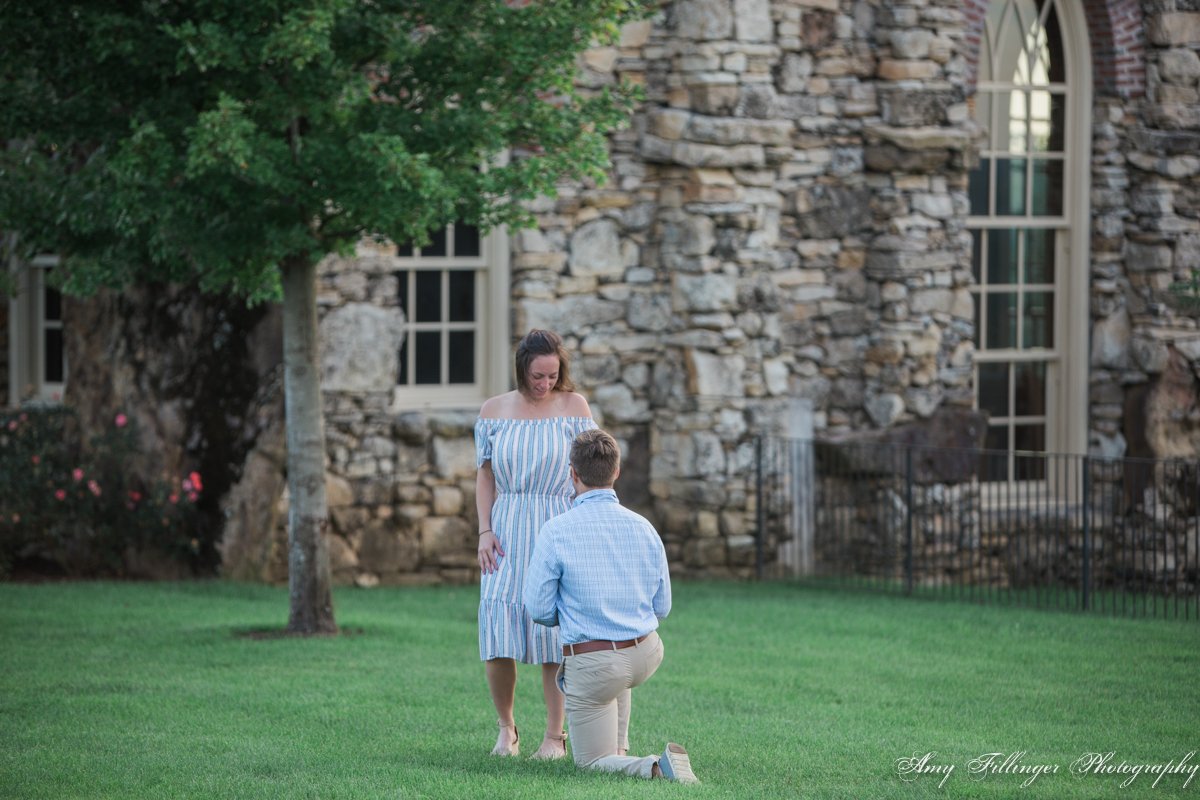 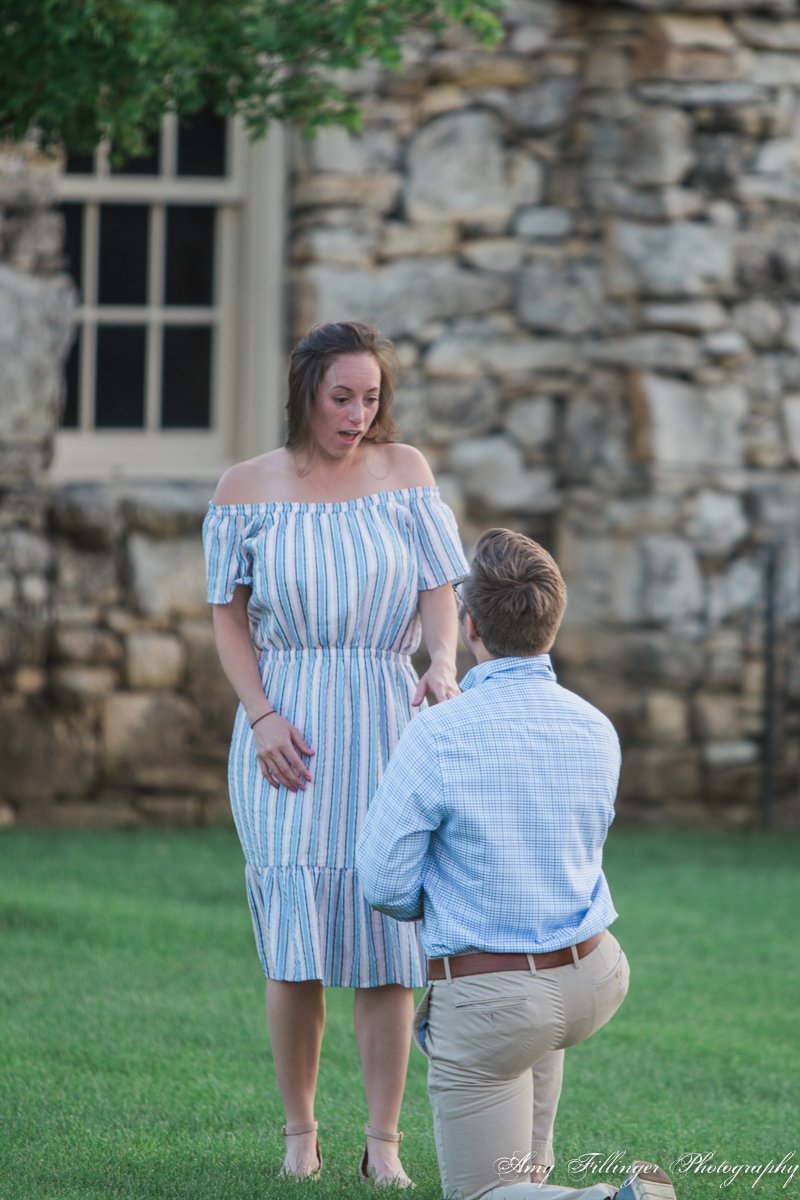 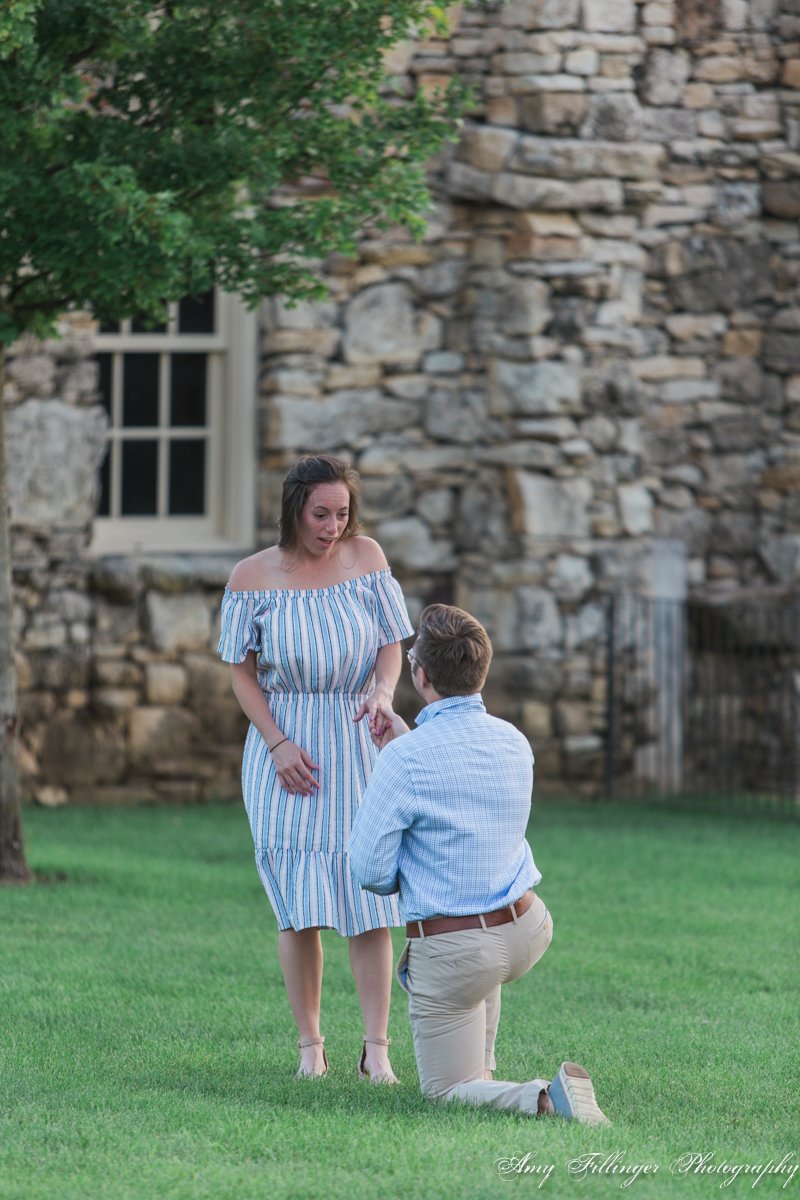 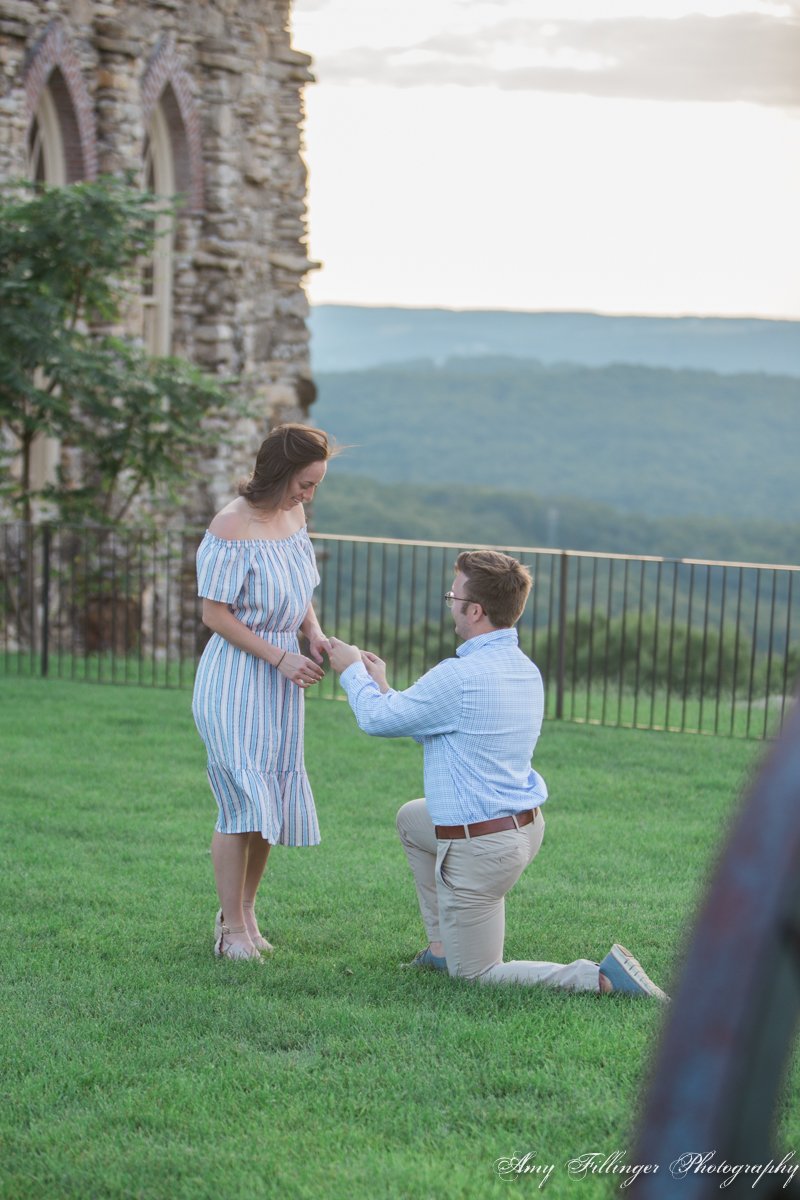 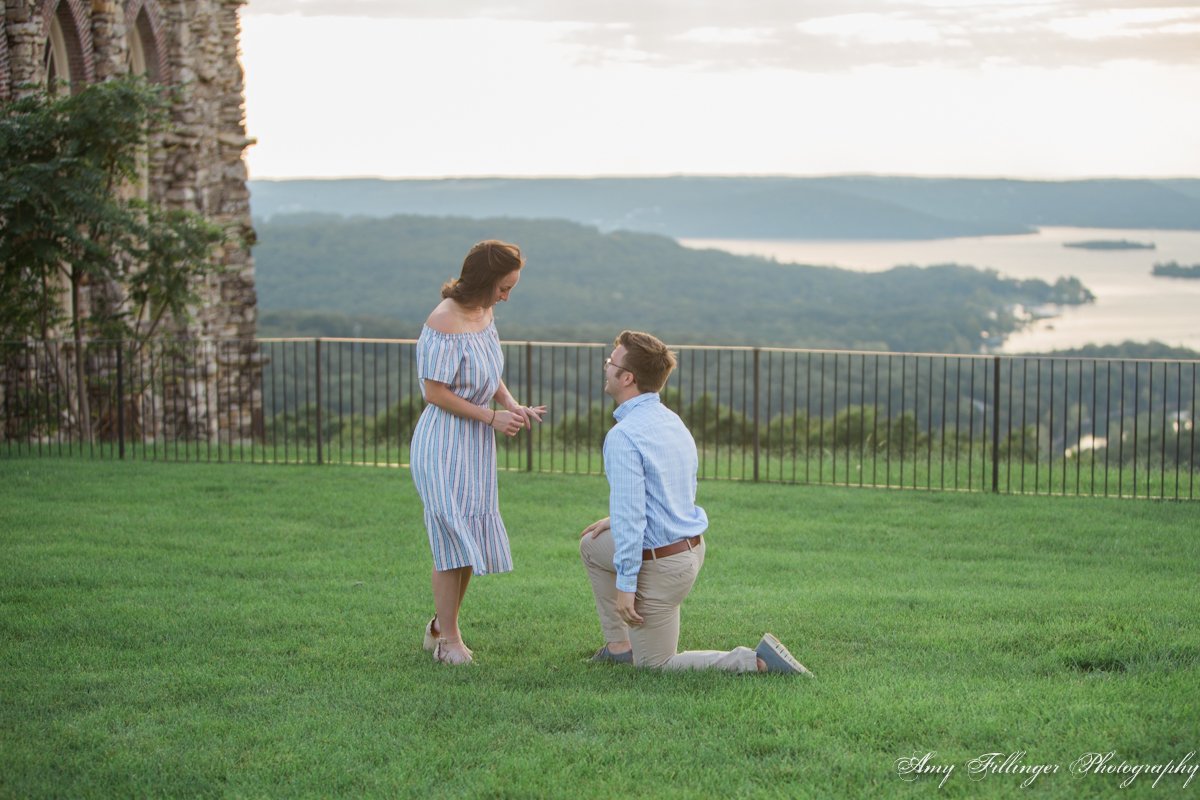 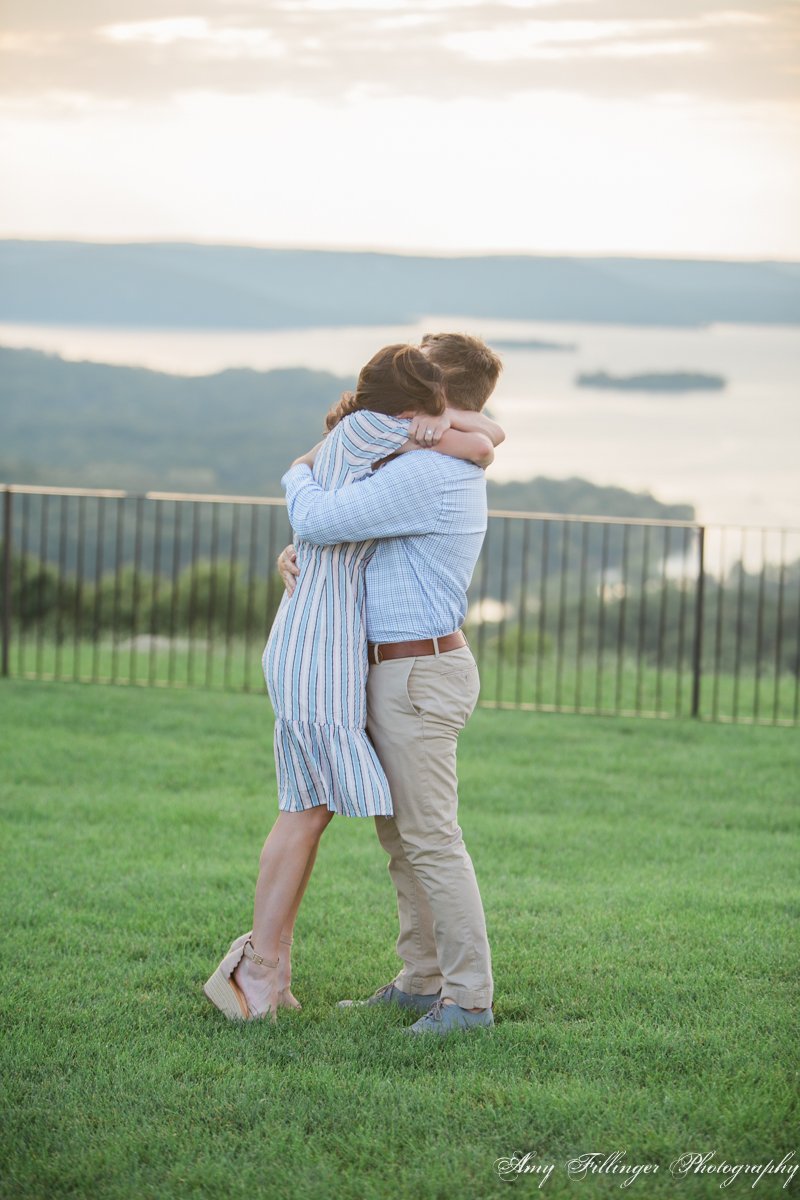 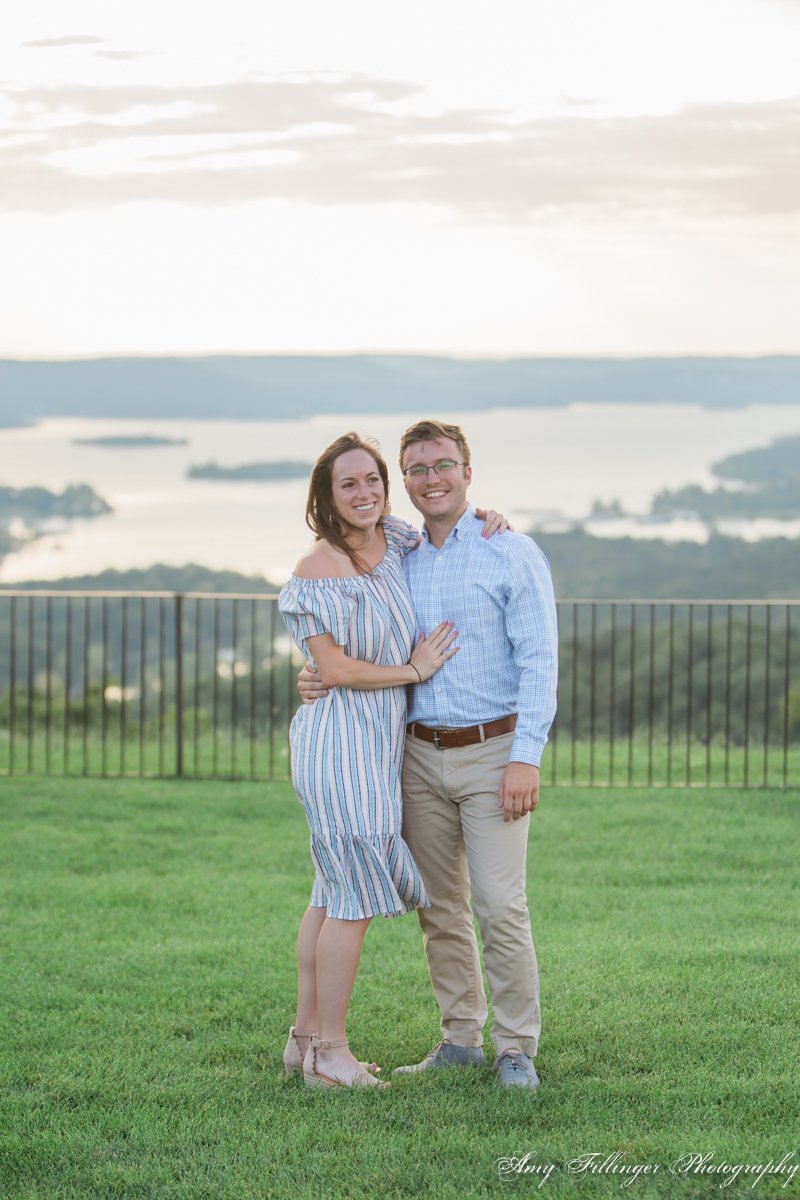 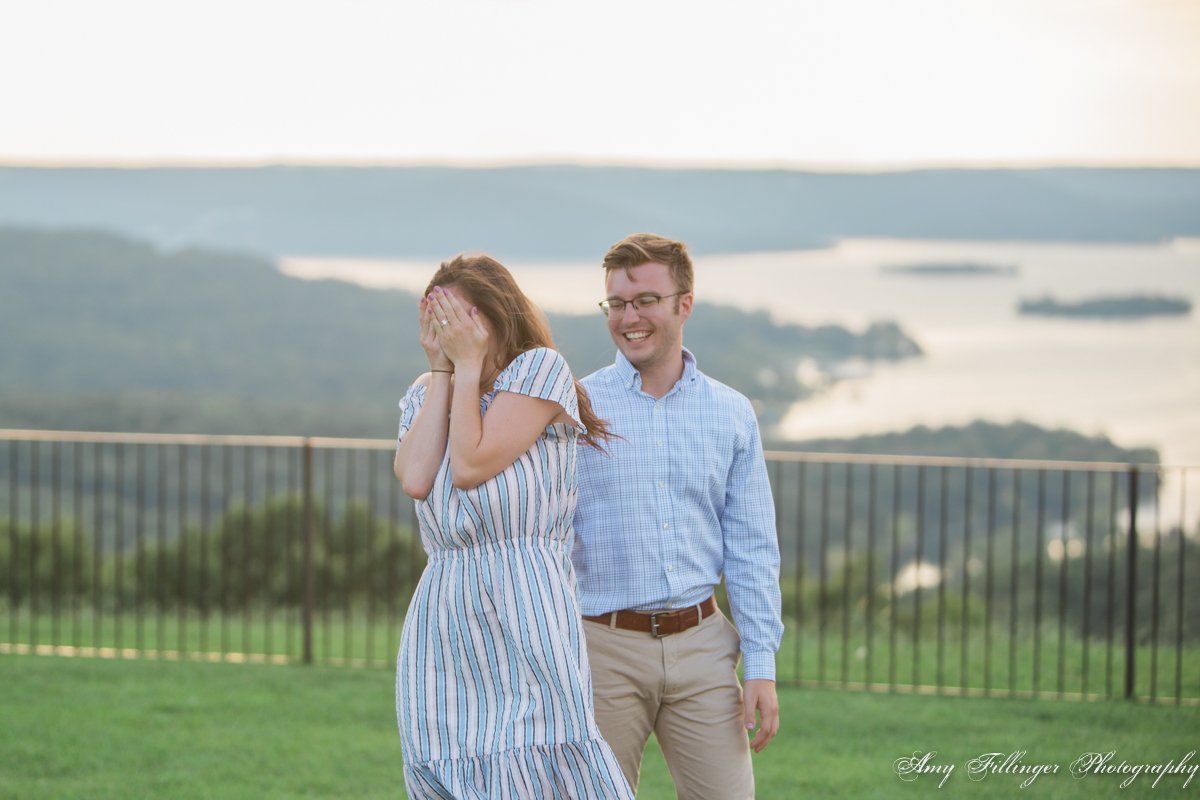 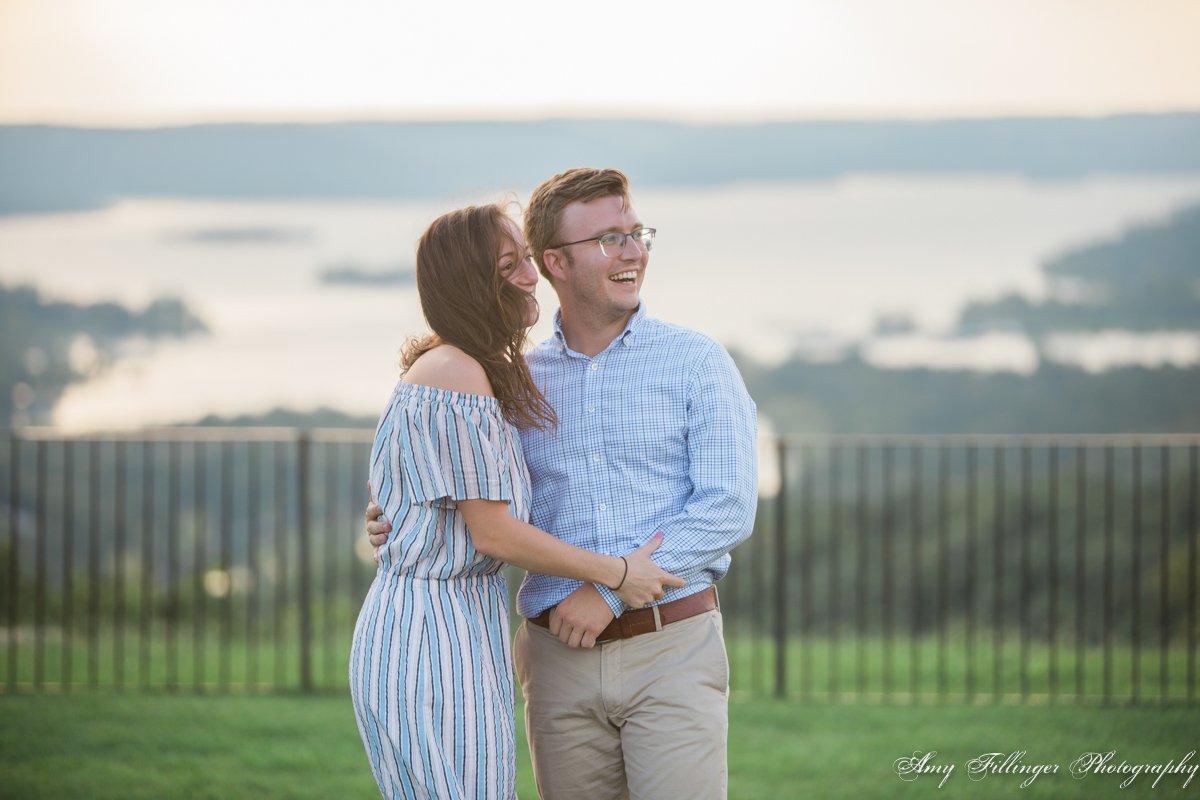 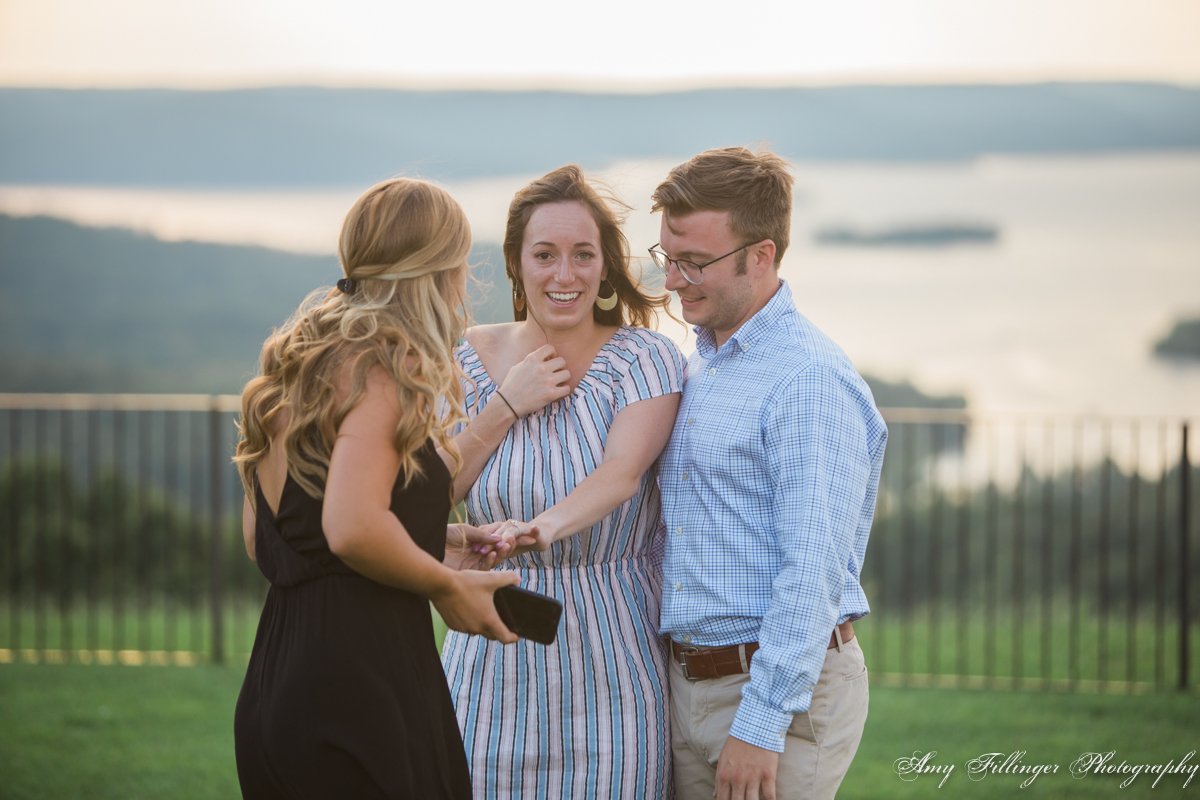 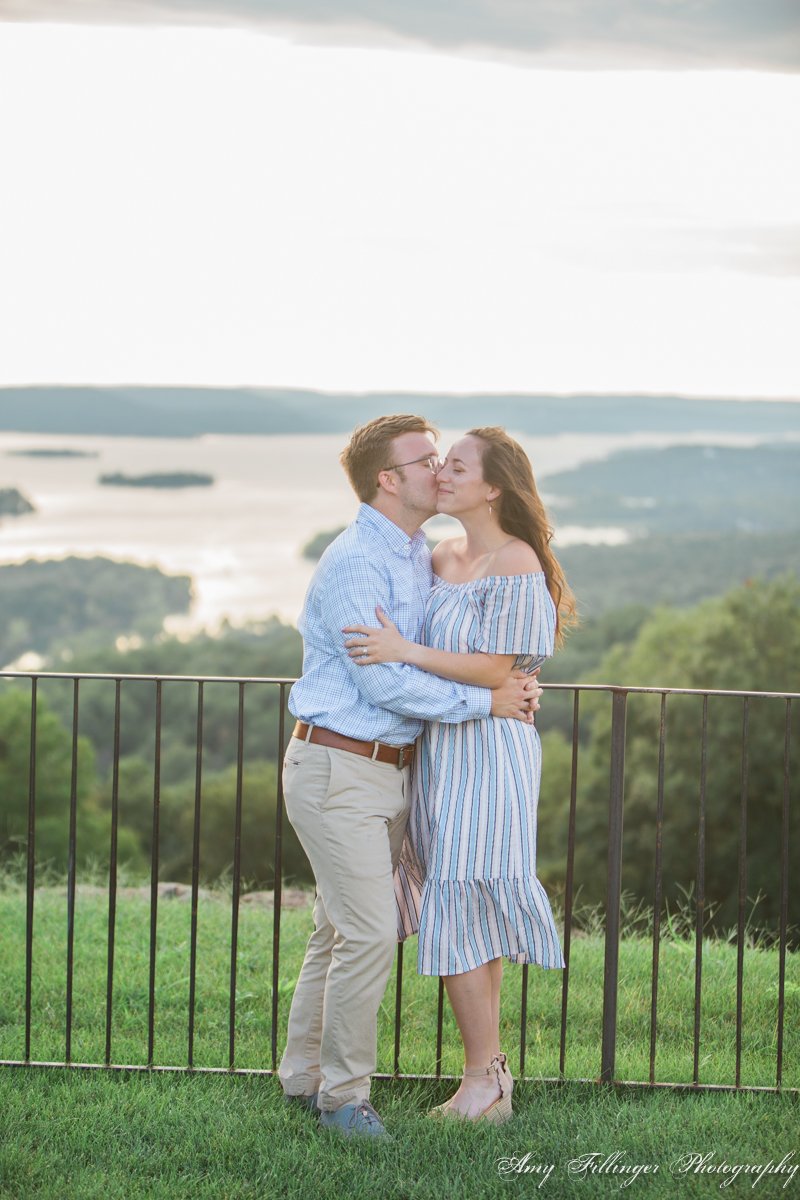 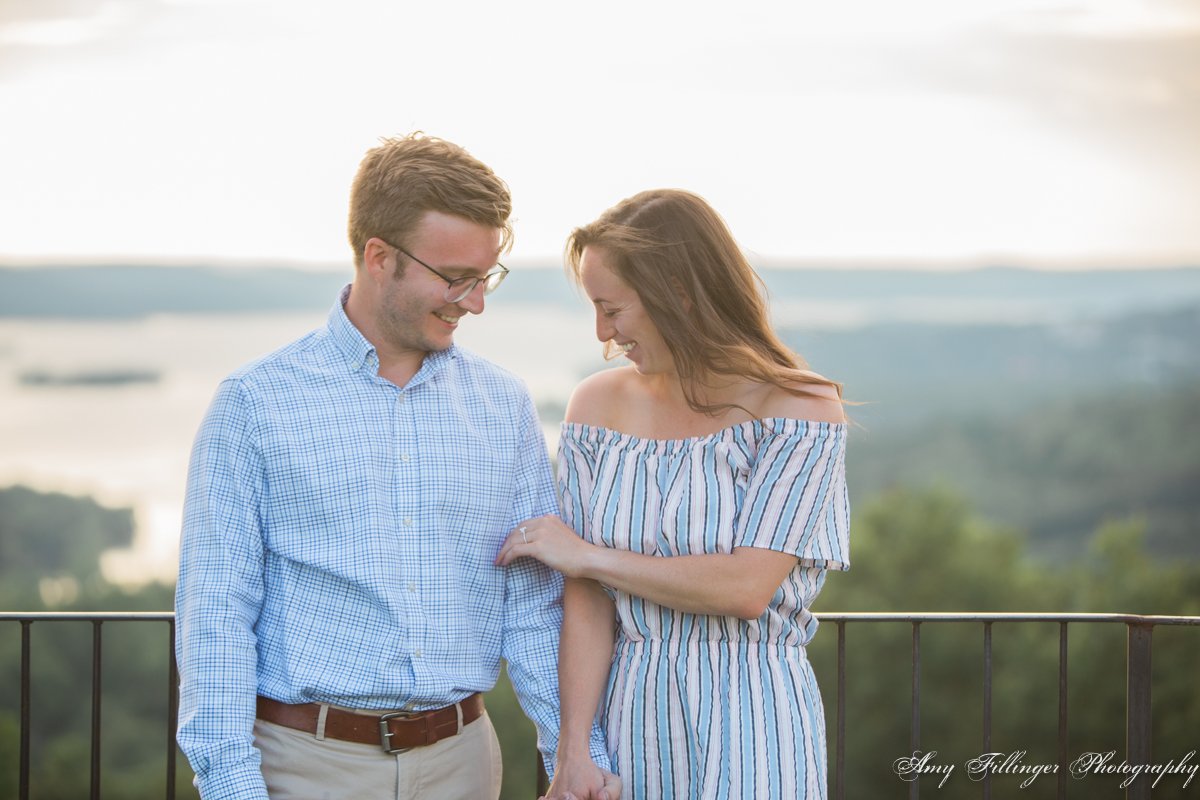 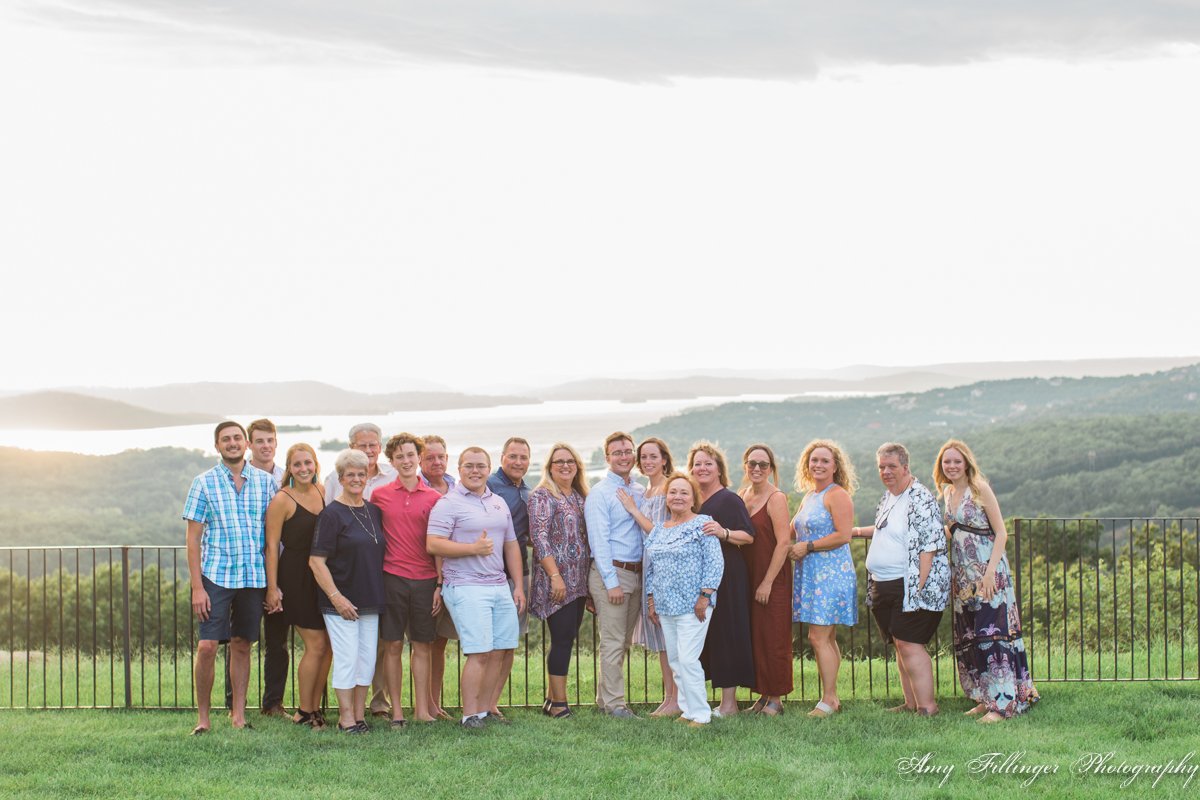 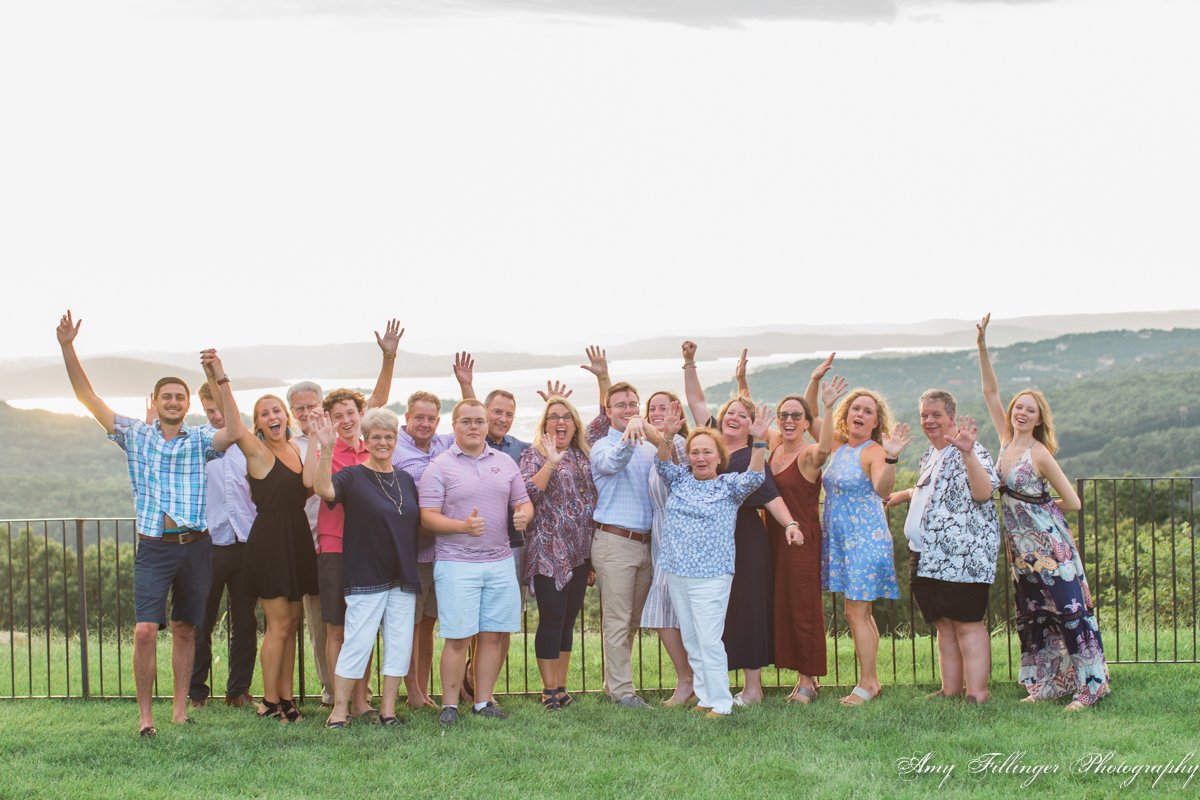 What a fun group! I even talked to Morgan’s mom and aunt prior to the session, because everyone was part of this big surprise. Congratulations again, Andrew and Morgan!

If you’d like to see more Top of the Rock proposals, I have plenty of those!

Hunter and Meredith | Top of the Rock Proposal

Brad and Rebecca’s Top of the Rock proposal

Want more Branson proposal ideas? I have those too.

If you’re looking for a Branson photographer for a proposal, wedding, or family reunion, don’t hesitate to reach out! You can use the contact form, email me at amy@amyfillinger.com or call 417-239-5964. Love proposals? Check out some of my other recent proposals below:

Everything you need to know about proposing in Branson
Next Post: Gutierrez Family | Branson Extended Family Photographer